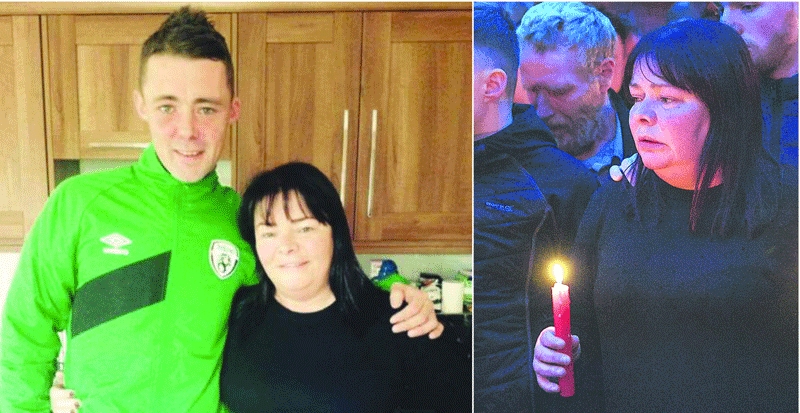 “What happened to Stephen destroyed the whole family”

AS THE bustle of Christmas descends, one Tallaght mother spoke with The Echo about facing into her first Christmas without her eldest son – who was violently taken from her in April of this year.

This Christmas will be like no other for Vera Donovan who, living in Glenshane, lost her son Stephen Lynch (31) after he was deliberately run over by a car on Brookview Close at around 7pm on April 13.

It is believed the father of three, whom gardai confirmed was not involved in criminality, was walking in the area when he became involved in a verbal dispute with four men travelling in a silver Ford Focus. The car was used to run over Stephen, who was then kicked as he lay unconscious on the ground.

“At the moment we are existing day to day. It’s really difficult, especially at this time of the year,” Vera told The Echo.

“What happened to Stephen destroyed the whole family, a part of us all died with him.”

She added: “Stephen was very childlike when it came to Christmas. He was more excited than the kids and was always at me asking, ‘Ma, what did you get me?’

“We had a discussion about what we would do for Christmas, and have decided to sit at home as a family, even though a huge part of our family is gone forever.

“I understand that Christmas is a happy time, but not for us, not for Stephen’s children.

“He should be here with his kids.”

The community gathered in September to organise a benefit night for Stephen’s family, and to help raise money for a headstone for his resting place.

“We are so grateful to everyone for the benefit night, the support from the community has been unbelievable and we are very grateful we were able to get a headstone for Stephen’s birthday [on November 12]”, Vera said.

“However, it’s so tragic that a headstone is what we have and not Stephen.”

Looking to 2018, Vera said that she is hopeful that those with information will come forward, and that the people responsible for her son’s death will be brought to justice.

“There were a lot of people on the road that day and I hope people will say what they saw,” Vera said.

“Looking to the New Year, I’m hoping that there is some sort of closure on this aspect so that we can begin to grieve the loss of Stephen.

“People need to be brought to justice for this, no-one deserves to die [like Stephen did], no-one.”

Vera and her family have thanked the Tallaght community, and Sinn Féin councillors Cathal King and Dermot Richardson, for their support in recent months.

“There are 10,000 people on Stephen’s memorial page and messages are coming through all of the time,” Vera said.

“We do get some sort of comfort from that . . . and from all of the messages that comment on Stephen’s beautiful smile.

“I’d also like to thank the gardai at Tallaght for doing everything that they can.”

If anybody has any information on Stephen’s death they can contact Tallaght Garda Station, the Garda Confidential Line 1800 666 111 or any Garda station.