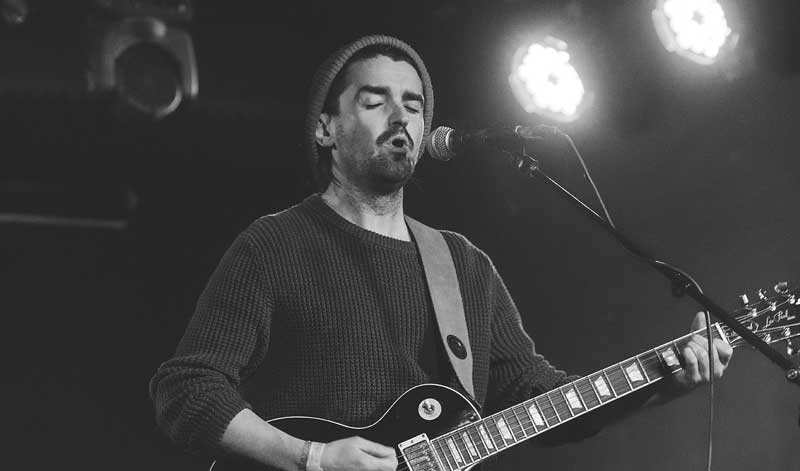 A MUSICIAN is hoping to raise funds for the Peter McVerry Trust this Christmas by releasing a Christmas single and playing a benefit show this December.

Firhouse man Niall Jackson (35) has been playing music since he was a teenager. He raised money for the Peter McVerry Trust three years ago by releasing a Christmas song called ‘Christmas is in Your Heart’ as part of his coursework when he was studying in DCU.

Now the London-based musician, who records music under the name Swimmers Jackson, is hoping to boost the coffers of the homelessness charity when he comes home for the festive period by releasing an acoustic version of ‘Christmas is in Your Heart’.

Niall told The Echo: “Homelessness has become a very real problem, there are people I know who are living in fear of becoming homeless.

“It’s horrible to walk around Dublin and to see so many people who are in need of shelter.

“I chose the Peter McVerry Trust because I met the man himself when I worked in television, and you can tell that he really cares, both about homelessness and helping people who struggle with drug misuse and social disadvantage.”

‘Christmas is in Your Heart’ was initially released as a group effort as part of Niall’s coursework when he studied for a Master’s degree in DCU, and it raised thousands for the Peter McVerry Trust.

The past pupil of Firhouse Community College said that the acoustic version of the song that he is releasing this Christmas “is upbeat. The lyrics are hopeful, and the verses explain that people take for granted that they get to go home for Christmas – that they have a home to go to.”

Speaking about the benefit show, Niall said: “It would be lovely to see people from Tallaght there in particular, as I learnt to play music growing up in Firhouse.”

A download of ‘Christmas is in Your Heart’ can be bought for €1 at https://swimmersjackson.bandcamp.com./

You can catch Niall performing live on December 23 in The Workman’s Club on Wellington Quay, which will also include sets from Ivan Nicolas and The May Alter, from 8pm with a suggested donation of €5 on the door.

All proceeds from the single and the show will be going to the Peter McVerry Trust.