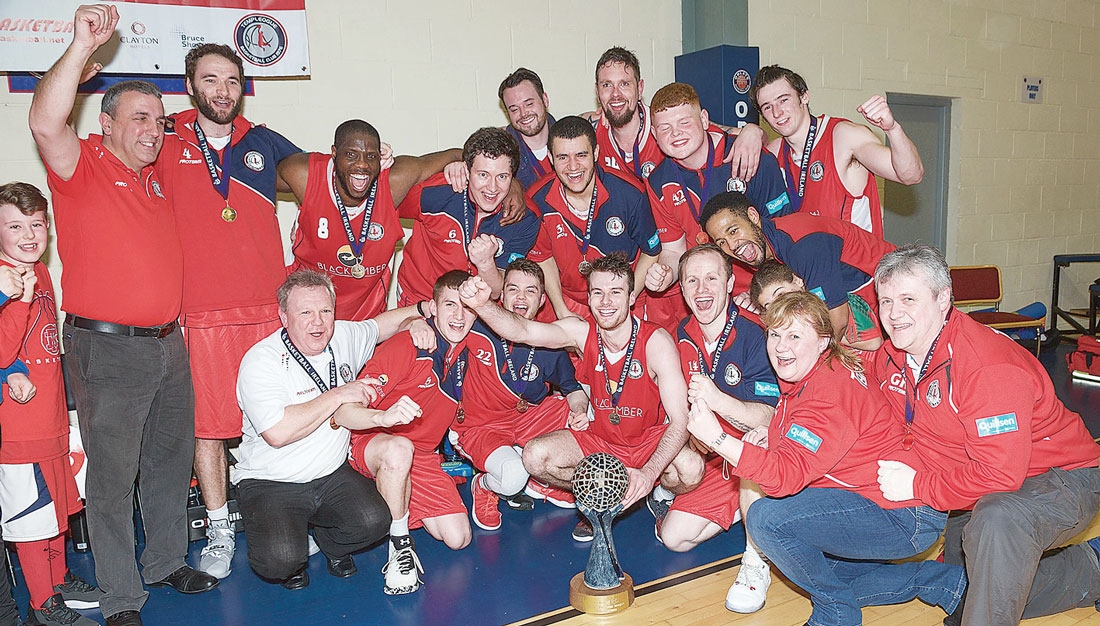 Sports Awards: Yet another first for Templeogue men

THERE have been a lot of firsts for Templeogue in senior men’s basketball over recent seasons and last week saw them do it again when they landed ‘The Echo 2017 Team of the Year’ title for the first time.

Moving into the top ranks only four years ago, the side captured their first National Senior Men’s Cup in 2016 and then set their sights on the Super League crown this year.

Winning their opening 13 games of their campaign, Mark Keenan’s side laid the foundation for a successful campaign that culminated in an epic clash at home against Garvey’s Tralee Warriors in the Oblate Hall back in March.

In what was a nailbiting 96-93 victory over the Kerry side in a match in which they were 18 points down at one stage in the first half, Templeogue secured the top prize in Irish men’s basketball shortly before they also made the final of the Champions Trophy.

Delighted at seeing his side put the icing on a great year with ‘The Echo Team of the Year’ accolade in the Green Isle Hotel last week, Templeogue Head Coach Mark Keenan said “We were absolutely delighted to win the ‘Team of the Year’ Award.

“It was great for the lads to get that recognition, to show just how good an achievement it was to win the National title.

“And it was good for basketball to capture an award like that. It was a great night and the lads were delighted” he added.

Looking back on a tremendous 12 mouths for the team, Templeogue captain Stephen James said “It’s absolutely huge. It’s a massive award to win.

“To be in the league only four years and to become Super League champions is a great achievement and I know the fans will be absolutely delighted with this [The Echo] Award.

“They’ve been backing us every year that we’ve been in the league, at every game. Our home crowd, they sell out the gym every game, so it’s a huge achievement for us and a huge achieve-ment for them” he said.

The team, which is now back in the semi finals of the National Cup, is defending their league title and is currently joint second in the table, just three points behind UCD Marian who have played a game less.