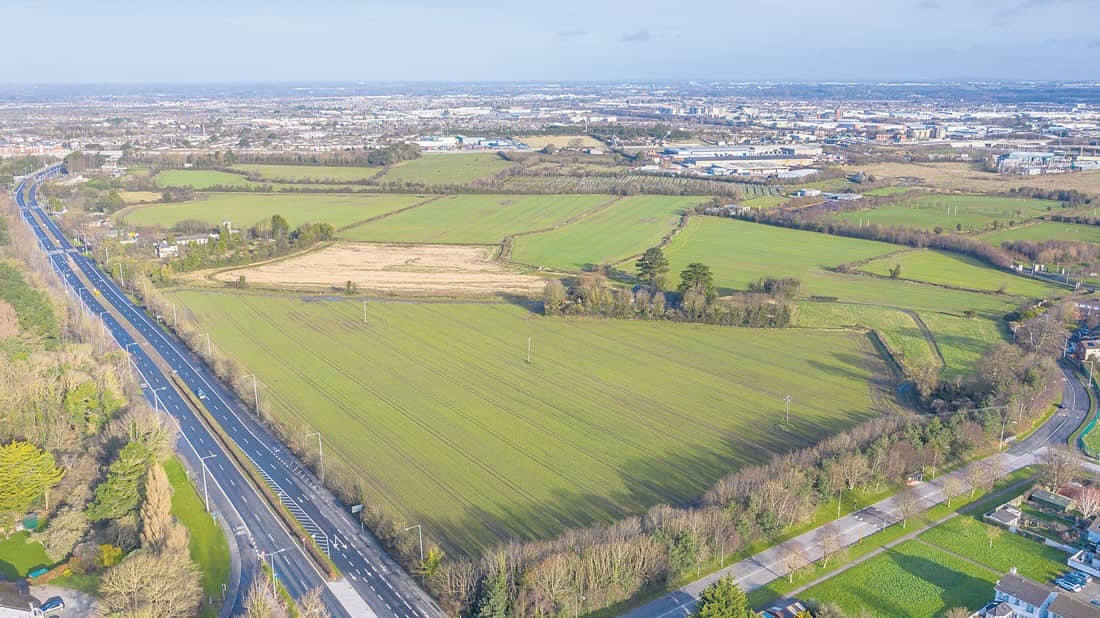 THE contentious Newlands Farm development has been a hot topic both among councillors and local residents in recent days.

Two local sports groups contacted councillors to seek their support for the sports aspect of the plans, while householders received brochures from developer, Hibernia REIT.

The green belt between Tallaght and Clondalkin

The Echo understands that Hibernia’s plans for the site includes a residential development of approximately 3,500 units, a multi-purpose sports hub, and the restoration of Katharine Tynan House.

The Newlands Farm site is currently zoned for agricultural uses, however in order for planning permission to be considered the site will have to be rezoned for residential uses in the next South Dublin County Development Plan, for the period 2022-2028, which is currently under review.

The committee stated that they were “fully supportive of Hibernia’s sports development plans as our local community has long suffered from an appalling lack of amenities”, and they appealed to councillors to consider the “positive impact” the development could bring to the area in terms of sporting facilities.

Local householders also received brochures from Hibernia, providing an update on the sports and cultural facilities for the site.

The developer stated that they intend to apply for planning permission for the restoration of Katharine Tynan House, while they added that the sports facilities for the site “will be fully accessible to everyone including schools, local clubs and residents”.

An artist impression of the residential development

As previously reported in The Echo, a lack of changing room and toilet facilities was having a detrimental impact on sports teams in the area.

Local sports clubs and community groups have for many years called for the development of a sports hub in the locality.

Independent councillor for Tallaght Central, Mick Duff, told The Echo: “In this case, it looks like Kingswood FC and St Kevin’s Killian’s GAA Club appear to believe they’re not only going to get a pitch, but that they’ll get everything they’ve ever been looking for.

“It’s a great tactic to use but, as far as I’m aware, neither club has a contract with the developer about it.

“I don’t believe that it’s a case of ‘if we can’t have this, then we have nothing’.”

A Hibernia spokesperson said that they have “reached a memorandum of understanding with the sports clubs” and its solicitors have prepared a legally-binding contract.

Cllr Duff added that there are already sports pitches in surrounding areas, such as Tamarisk and Ballymount Park, and that Kingswood already has tennis courts and a community centre.

When asked about Hibernia stating that the community and sporting infrastructure at the Newlands Farm site is to take place before any residential development – if rezoning is successful and planning permission is granted – Cllr Duff was skeptical.

“I am yet to be convinced that this is going to be for the good of the community,” he said.

“In this instance, do I believe they’ll put in the sports hub before a residential unit is built? Highly unlikely.

“What kind of road structure are they going to put in? If they build it first and then build the residential units, will people from the community have to access those facilities through a construction site?”

A spokesperson for Hibernia told The Echo that the sporting infrastructure would be located “on the edge of the development” and there “would be no question of people walking through a building site” to use the facilities.

They added: “We have repeatedly committed to the delivery of sports and community facilities in advance of any housing. To this end, we have already announced that we will seek planning permission in the coming weeks to restore Katharine Tynan House.”

Last March, Hibernia announced that they were increasing their spend on the community and sports infrastructure in the development from €6m to €8m.