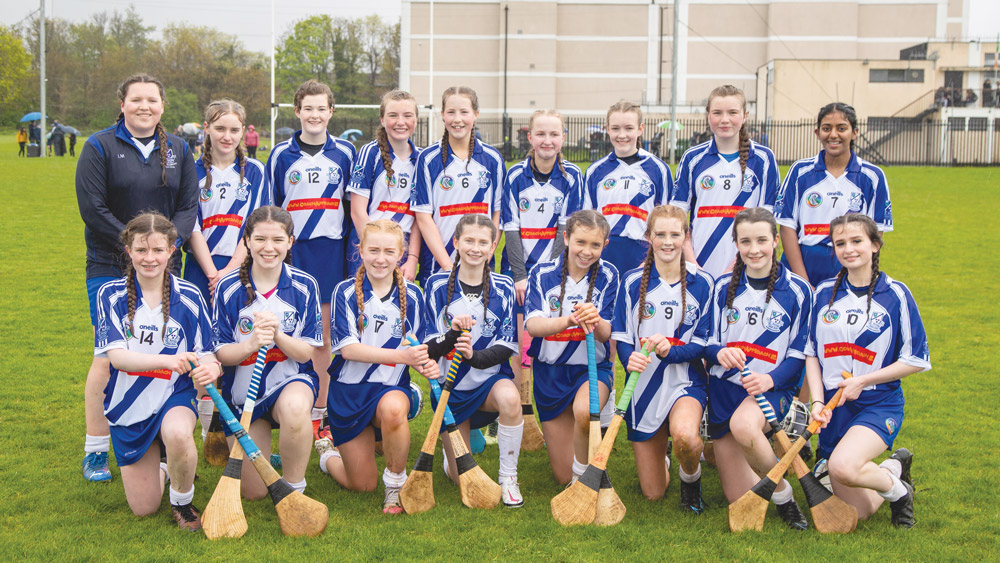 ST ANNE’S Under 15 camogie team lifted the Division Seven Féile crown following their 2-5 to 3-0 win over Crumlin in the Trinity Sports Complex on Sunday.

In a repeat of their group stage match which Crumlin won well, Anne’s got it right when it mattered most.

Fresh from her Skill Star win on Friday night, Anne’s captain Lily Murphy got her side off the mark with the opening two points.

With Anna Barnes at midfield and Ellen Corcoran working hard for the Bohernabreena side, Crumlin were finding it difficult to carve out scores in the first half, although they did fire home the opening goal just prior to the break.

On the turnover, Anne’s made a great start when Mia Allen restored her side’s lead with a score from the edge of the box.

However, Crumlin piled on the pressure after this and it paid off with two quick-fire goals to earn them an four-point lead with eight minutes left.

It did not look good for Anne’s at this stage, but they stepped it up with Lilly Murphy slotting over two frees.

Murphy then found herself in space and, after beating two defenders, she hammered the sliothar to the back of the net.

This score put Anne’s a point clear with minutes left and as Crumlin went searching for an equaliser, the Bohernabreena side added a late free from Murphy to see them home.