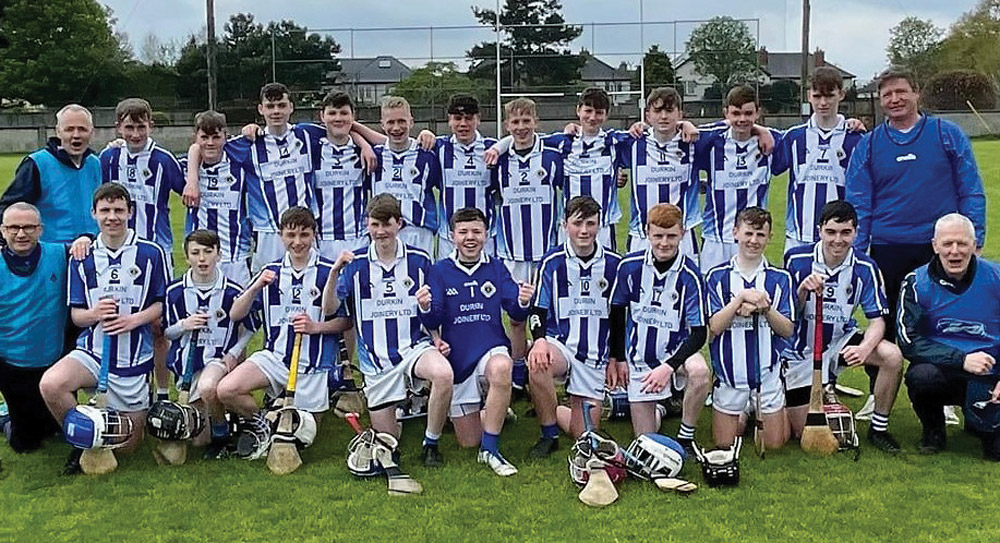 Boden hurlers on the double

THERE was double success for Ballyboden St Enda’s Under 15 hurlers after they secured both the Division Five Féile and Division One Shield titles at the weekend.

In the final of the former, they produced an excellent display to see off close rivals Thomas Davis 5-15 to 1-13 in O’Toole Park on Saturday.

While Davis started strongly, accounting for the opening four points, Enda’s fought back to establish a 1-10 to 0-5 half-time cushion.

And they hammered home a further three goals before the full-time whistle to see them comfortably over the finish line.

The clubs’ hurlers also claimed the Division One Shield after beating Na Fianna 1-11 to 2-5.

Captained by Sean Homan, Boden built up a seven-point advantage at the break, but Na Fianna came storming back to draw level in the second half.

However, three late points proved the difference between the sides at the close of proceedings.