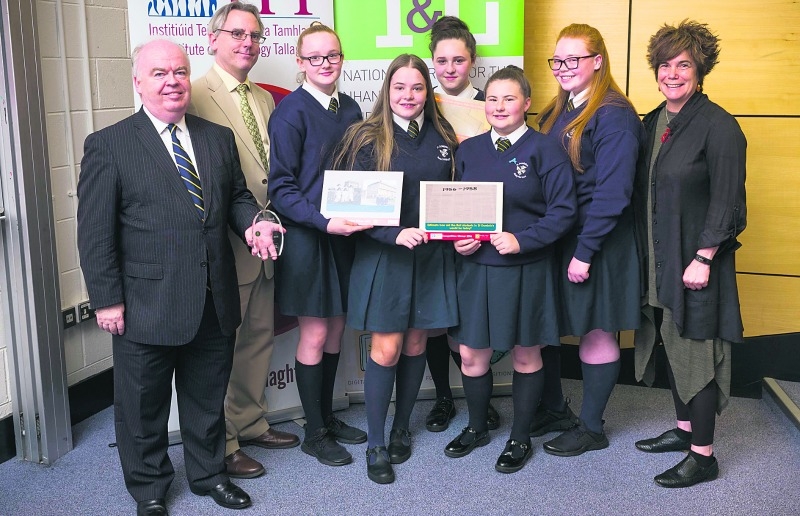 The competition encourages people to look around and see the mathematics in their surroundings – in turn capturing this in a photograph and adding a caption.

Students displayed their work at an award ceremony at IT Tallaght where they received their trophies.

Maths Eyes was developed by Dr Terry Maguire, Director National Forum for the Enhancement of Teaching and Learning in Higher Education, in association with Ciaran O’Sullivan of IT Tallaght.

St Dominic’s has competed in this contest for four years – scooping awards at every prize-giving to date.

Maths teacher, Emma Rochford, said: “This competition encourages all learners to open their eyes to the maths all around them. By seeing maths as an everyday life skill, the students gain confidence in their approach and attitude to maths in school.”

The festival is a partnership of groups interested in promoting maths and has become the largest event of its kind in the world.