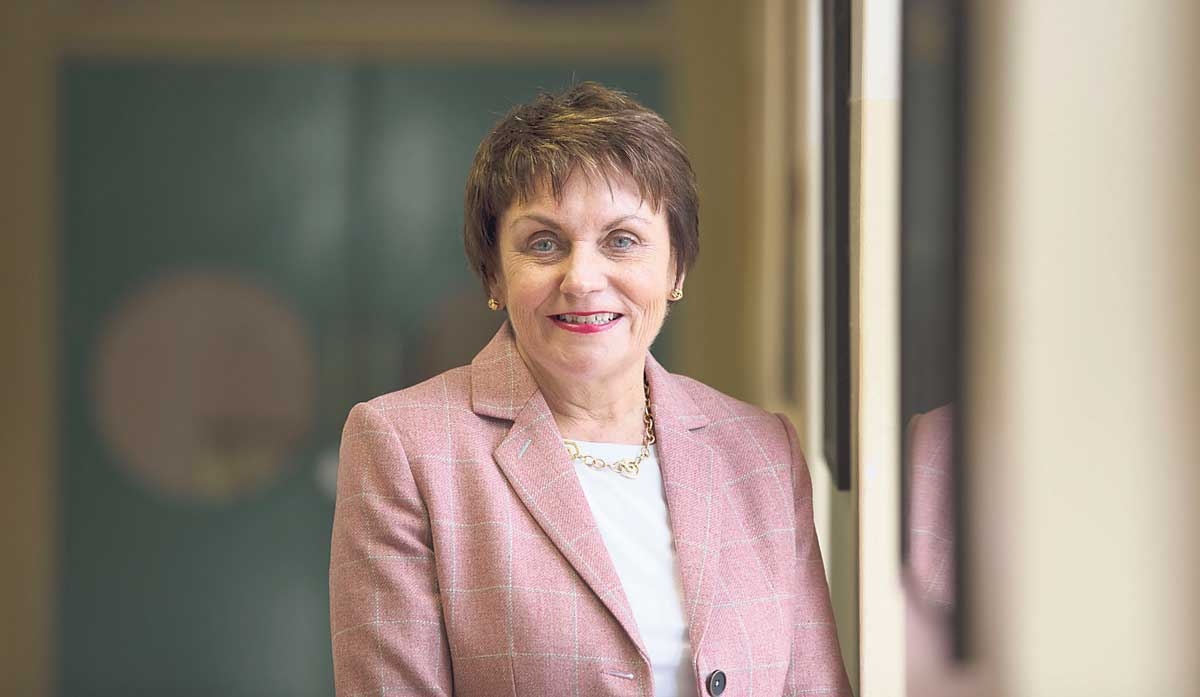 A CELEBRATION was held recently for St Dominic’s College Principal Mary Daly, who is retiring at the end of the school year after 40 years of service.

More than a regular school principal, Ms Daly is also heavily involved with a number of local community groups and activities, and developed a strong bond with the area during her tenure.

In her role as principal since 2000, Ms Daly has been instrumental in improving academic and extra curricular activities at the school, introducing a wide array of programmes that have proved hugely beneficial for students.

“She announced her retirement to us in February, but hasn’t slowed down, rather she has put her foot on the accelerator,” said Sr Liz, St Dominic’s Deputy Principal, who is currently on a career break.

“She wasn’t just a school principal who went in and did her job, everyone you talk to in Ballyfermot knows her. Even though she doesn’t live in the area, she would still be seen at local mass on a Sunday and out doing her shopping.”

After Sr Caoimhín did not return, Ms Daly continued on as a teacher in Irish and Geography.

“When she became principal in 2000, that’s when she made a big impact,” said Sr Liz.

“She brought in higher academic performances, increased curriculum, introduced music and rugby. She provided a parent/pupil relationship where parents could monitor their kids academic progress online 24/7, and she brought in mixed ability where stronger students worked with weaker students. That was a big thing.”

“In recent times with cut backs, she has also been teaching Irish honours level, and is a TY coordinator,” said Sr Liz.

“She is very much involved with the local community, is chairperson of Ballyfermot Youth Service, an active member of the Ballyfermot 70th Festival. One time she came home from her holidays early to meet the Education Minister, and developed good links with education facilitators, tracking down Mary Hanafin to come on the school’s board.

“She will kill me for saying this, but she met her husband Jarlath Daly here when he was a teacher, and he has gone on to become a successful bronze sculptor, making awards for events like People of the Year. Her daughter Ciara Daly is also a teacher here and manages the school rugby teams.”

Although Ms Daly won’t be officially retiring from her role until the end of August, St Dominic’s wanted to mark the occasion.

The event will be attended by past pupils and staff, community representatives, education facilitators, and current school board chairperson and former Education Minister Mary Hanafin.