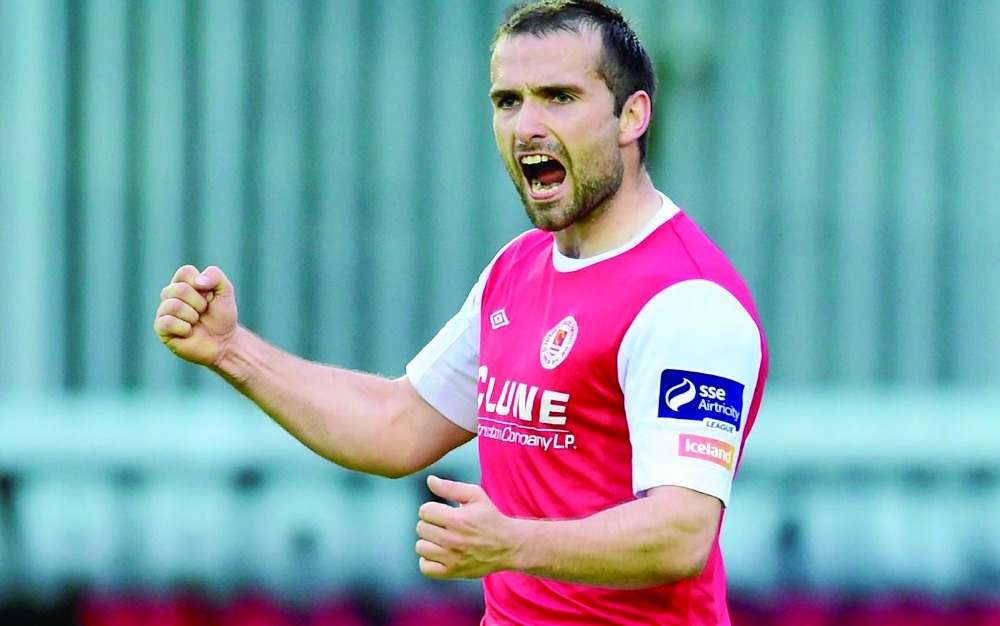 ST PATRICK’S Athletic have had a massive say in the destination of this year’s Airtricity League Premier Division title after their 3-1 victory over challengers Cork City in Richmond Park on Monday night dealt an all-but fatal blow to the Leesiders’ hopes of catching defending champions Dundalk.

For Pat’s, Monday’s victory lifted them back to sixth place in the table and served also to avenge their loss toCork in the FAI Cup semi finals earlier in the month.

Liam Buckley’s men were also edged out by the Leesiders when they previously met in the league back in April, but his call to his players for a strong finish to this season’s campaign may just be answered.

They were coming into this match still seething from their 2-1 defeat at the hands of Bray Wanderers in the Carlisle Grounds on Friday when they saw an early lead turned on its head in the second half with goals from Ger Pender and Alan McNally.

Against Cork, they again drew first blood early on when Christy Fagan tucked the ball away under goalkeeper Mark McNulty.

Cork restored parity just before the halftime whistle when Alan Bennett saw Stephen Dooley’s corner kick to the back of the net.

Yet disaster struck for the visitors six minutes from the end of regulation time when Sam Verdon produced a superb strike to the top corner after latching on to Conan Byrne’s through ball.

And any hope Cork might have had of salvaging something from this tie was snuffed out when Byrne converted an injury time spotkick awarded after Jamie McGrath had been upended in the box.

The two sides will go head to head again in Turners Cross tonight (Friday) before Pat’s play host to Dundalk and Derry City in their final two games.