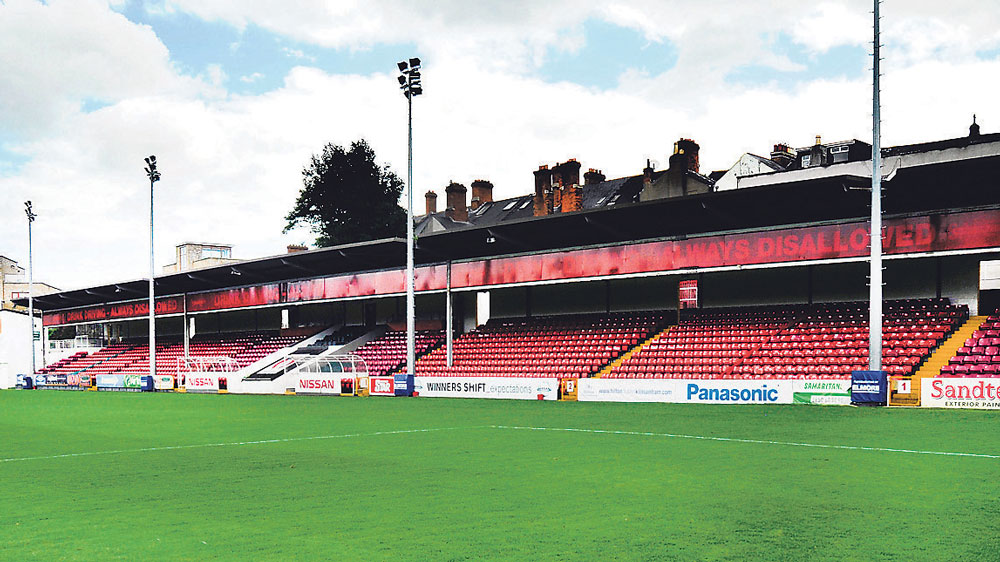 LEAGUE of Ireland club St Patrick’s Athletic are seeking support to redevelop Richmond Park, including plans to increase to 8,000 seats.

A delegation from the Inchicore club attended the Dublin South Central area meeting at Dublin City Council on May 18.

The club are hoping proposed amendments will be adopted to the upcoming City Development Plan, which is due to be voted on in July.

It is the latest attempt by St Pat’s to upgrade their home grounds.

In 2018, the government rejected ambitious plans by the club to build a new 12,000-seater stadium on the site across the road, at the former St Michael’s estate.

The development would have included a shopping centre, a library, a cinema, a community centre, and see more than 500 houses built across both sites, with a mix of affordable, social, and private homes.

The Echo contacted St Patrick’s Athletic for comment but did not receive a reply.

Dublin City Council had no comment to make either when contacted.

“It is a reasonable redevelopment. The difference this time is everybody is involved. The plan itself is very good, St Pat’s have done their homework.”

The Echo understands part of the proposal involves the offer of a part of land beside the club to the city council.

Cllr Daithí Doolan (SF) said Richmond Park “needs to be redeveloped” and the club are a “massive asset to the community”.

“You could be talking about a brand new UEFA standard stadium, that could also be used for women’s and junior football,” said Cllr Doolan.

“St Pat’s has the second highest attendance in the league annually, and they are a club who entertain European football annually. The offer of a piece of land – I would be looking for it to be allocated for social housing.

“Part of this is the need to attract families and regular supporters to the ground, and to attract business to the area.”