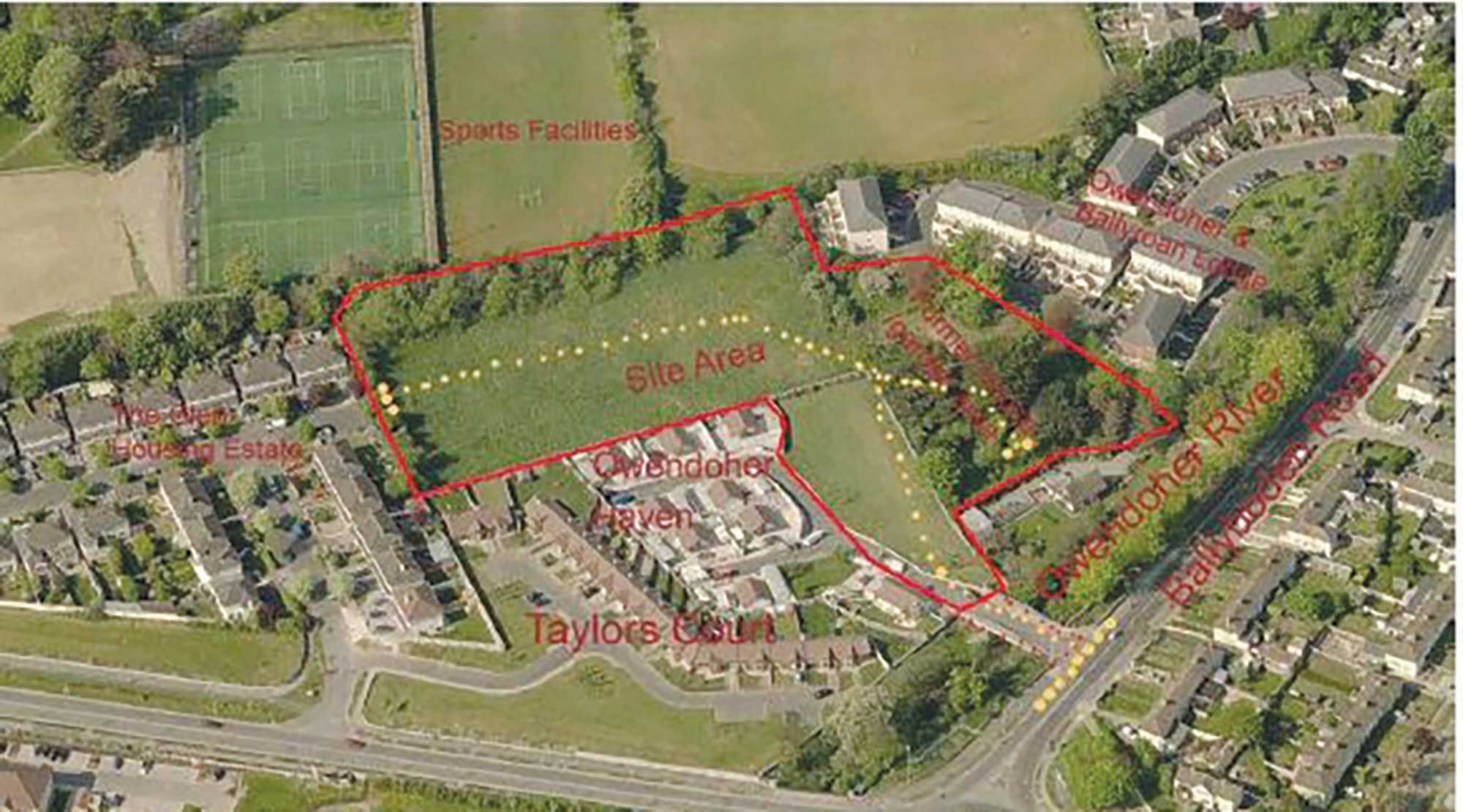 NOT one sod has been turned on a social housing project in Rathfarnham that was given the green light in 2015, with the first families not expected to move in until autumn 2019 – that’s a five-year wait to deliver 38 homes.

After a consultation stage in late 2015, councillors passed a 38-unit infill housing scheme off Ballyboden Road, near the round-about at Taylor’s Lane – which mainly comprises of two- and three-bedroom, two-storey family homes and a number of own-door, two-bed apartments.

However, nearly three years down the line not a sod has been turned, with families not expected to move into the new housing project for another two years.

Local Fianna Fáil TD John Lahart raised the issue directly with the Taoiseach in the Dáil last week and in response, Housing Minister Eoghan Murphy said that work is due to commence on the project in the next three weeks – with an expected completion date of the third quarter in 2019.

Speaking with The Echo, Deputy Lahart said: “We are now on our third Minister for Housing since the development was given the go-ahead.

“Alan Kelly was Minister back in 2014 when the plan was initiated. Simon Coveney has come and gone through the Department, and now the responsibility lies with Minister Eoghan Murphy.

“The buck has been passed enough at this stage and it’s time for it to stop.”

He added: “By the time a key is turned in any of these homes, it will be five years since the project’s conception.

“Nationally there is an average wait time of 18 months for the Department to give the go-ahead on projects already passed by local authorities.

“There is a four-step process involved in the Department approving funding and I understand that the Department has to be involved, this is tax-payers’ money they are spending.

“However, I believe that the way in which the process is carried out needs to change.”

Deputy Lahart believes that officials from the Department should visit local authorities and work through the proposal at its various stages, so issues can be addressed quicker.

“Officials from the Department should be on site with councils as they go through the various stages and any issues raised can be addressed there and then.

“If a council such as South Dublin County Council deems a project good enough and councillors rubber-stamp it after a public consultation stage, it shouldn’t take the Department an average of 18 months to approve.”

He added: “Officials from the Department should be available to councils right through the process, this would speed things up and they would be on-site to make sure the application meets all of the Department’s protocols and regulations then and there.

Deputy Lahart also spoke of the Government’s need to “significantly expedite” social housing, adding: “There is a lot of talk around the delivery of housing, but nothing is being done to speed up the delivery.

“I think Department officials being available to councils through the process would definitely help to speed up the administration process . . and allow councils to work on other housing projects.”

Last June, The Echo reported on a three-year wait for the construction of social housing to commence in Dromcarra, Jobstown – with families not expected to move into these homes until late 2018.