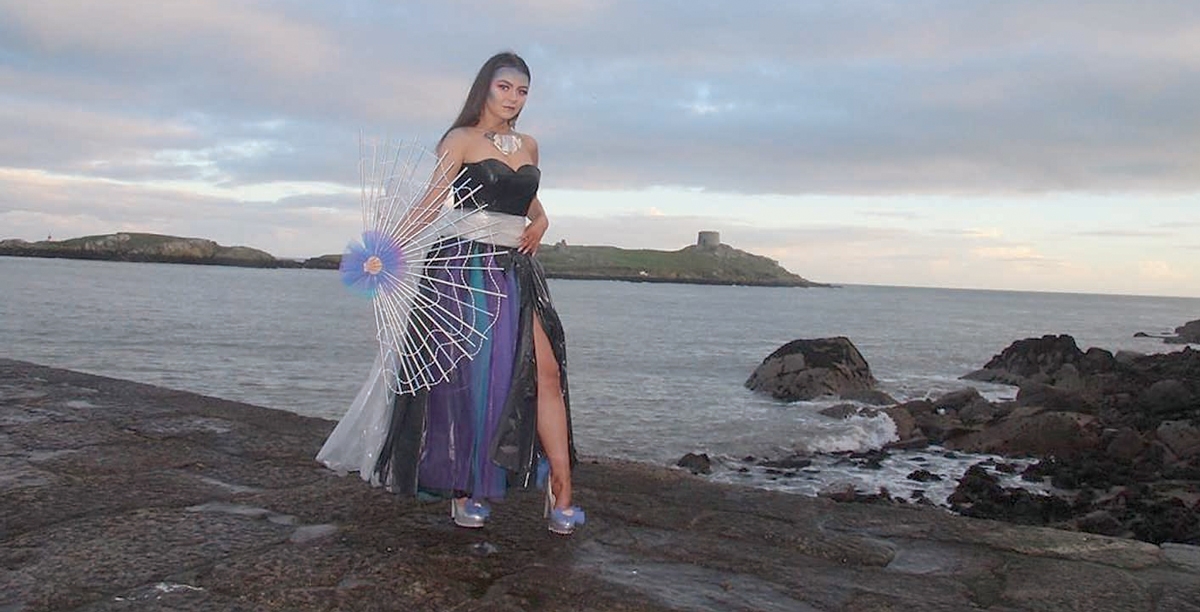 FASHION-focused second-level students from all over the county have made it to the semi-finals of Bank of Ireland’s Junk Kouture competition, and they will now battle it out at a regional contest next month with the hope of being picked to represent Dublin in the nationwide competition.

Students who submitted designs to the competition that didn’t make it to the semi-final shortlist will also have one last opportunity to make it onto the shortlist via public vote.

The Bank of Ireland Junk Kouture is a national contest which encourages young designers in second-level education to create striking couture designs and impressive works of wearable art from everyday junk that would normally find its way into the bin.

The students submitted their creations under a heading that encapsulated the idea behind their designs.

Two groups of students from St Aidan’s Community School in Brookfield, Tallaght have secured their place in the semi-final with their creative designs, under the headings of ‘FunkyFrizz’ and ‘Shaniqua’ respectively.

Students from Killinarden Community School will also be at the semi-final of the competition in the Helix with their creation ‘Tameeka’, while three groups from Our Lady’s School in Terenure will also be in attendance with their designs ‘Out of this Sworld’, ‘Crazy Clown Kouture’ and ‘Gold Digger’.

Three groups of students from The King’s Hospital school in Palmerstown have also made it to the semi-final, with their pieces ‘The Nut Cracker’, ‘Les Oiseaux de la Mer’ and ‘Tidal Bride’ impressing the competition judges.

A group from Firhouse Community College has also secured a place in the regional final with their design ‘Ice Queen’, while three groups from Mount Sackville Secondary School in Chapelizod will also be hoping to be selected to represent the capital in the final of the competition.

The Mount Sackville students have submitted designs under the headings ‘Goddess of the Earth’, ‘Festival of Flowers’ and ‘Milking It’.

You can vote for your favourite team or design in the lifeline vote on app.junkkouture.com, and the team with the most votes in each region will win a spot at the semi-final.

The lifeline vote will close on Friday, February 15.

The Dublin semi-final of the contest will take place in The Helix on March 5, where one group’s design out of the shortlisted designs will be selected to represent Dublin the Junk Kouture final in the 3Arena on May 2.