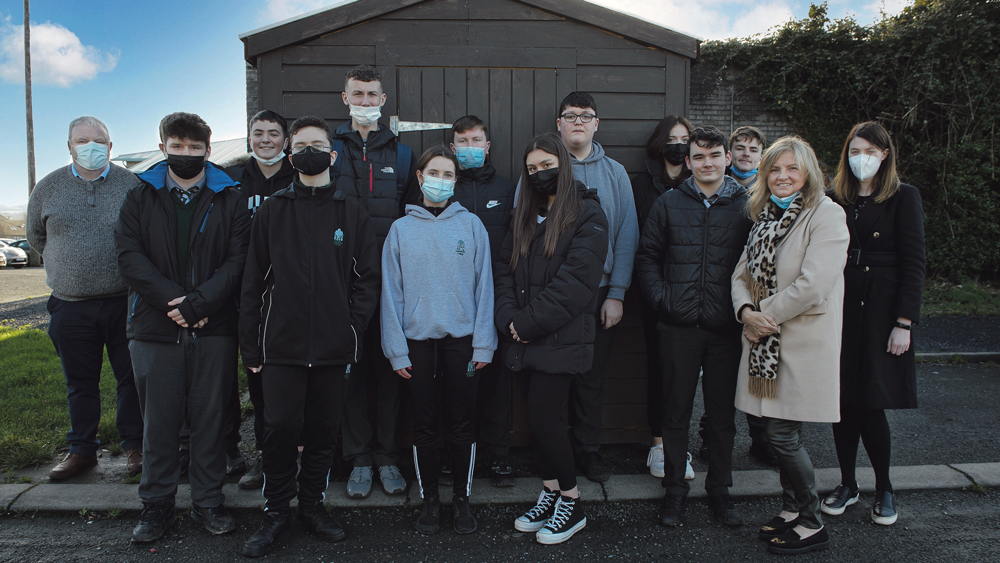 TRANSITION year students at Firhouse Community College have raised over €4,000 for Pieta by raffling off a garden shed that they built from scratch themselves.

As previously reported in The Echo, the group of students alongside a special education teacher decided to build the shed to raffle off in aid of suicide prevention charity, Pieta.

The students said that they chose Pieta as the charity to donate for the proceeds of the raffle in light of the pandemic and an increased number of people suffering from mental health issues.

The draw for the shed took place on December 22, and the school raised an incredible €4,323 which has been donated to Pieta.

Speaking with The Echo, resource teacher Mr Pat Butler, who oversaw the project, said that the winner of the shed kindly donated it to those in need.

“A parent of a second-year student won the prize and they have donated it to St Michaels, who provide adult accommodation for people with intellectual disabilities,” he said.

“It is going to a house where there are five adults with intellectual disabilities, and they needed a shed, which is a lovely and unexpected outcome of the raffle.”

The unusual initiative was entirely student-led, where all of the measuring, cutting, hammering, and painting for the shed was completed by the students through weeks of hard work and dedication to the project.

Speaking about her involvement in the project, TY student Neasa said she “really enjoyed the process”.

“I have been involved from the start when it was just planks of wood,” she said. “It taught me quite a lot of things that you wouldn’t normally be taught in school.

“We got to experience team work and it was nice to work with people from your year and get closer to them.”