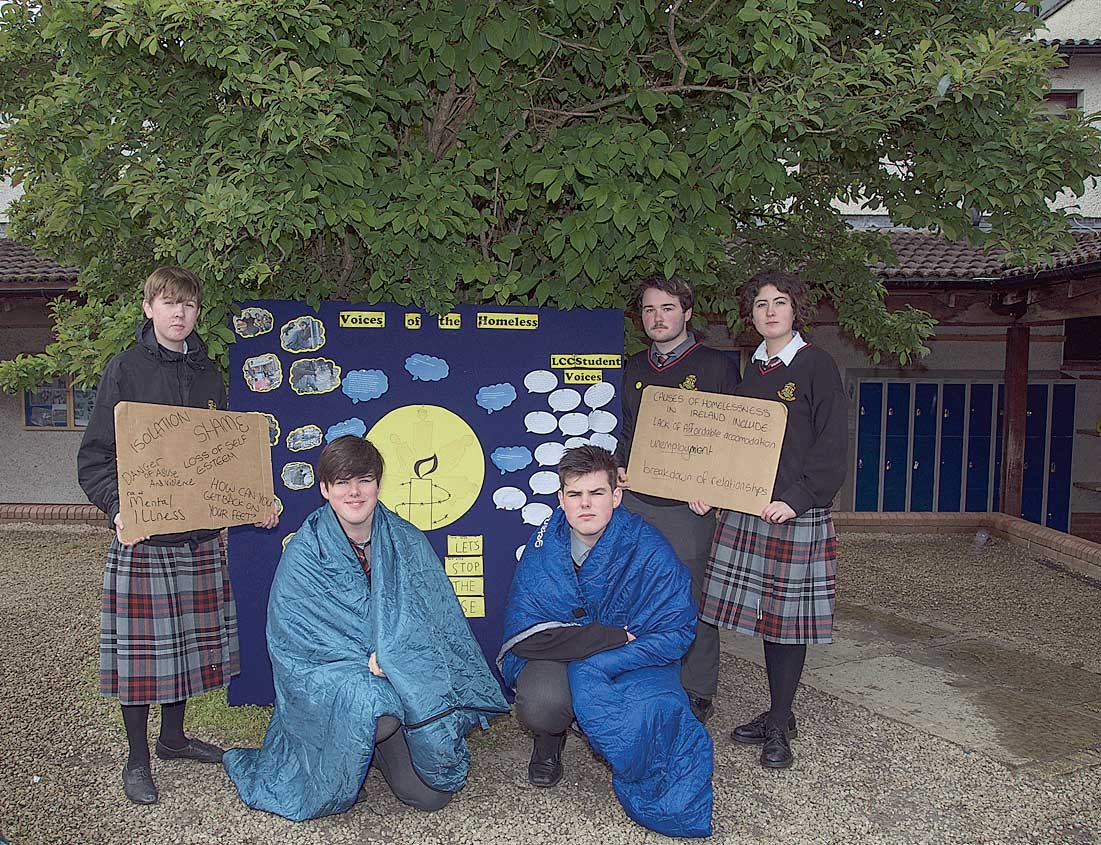 Students to sleep out to raise awareness of the housing crisis

IF THERE is one topic that is now always at the top of the news agenda in Ireland, it's homelessness.

The students of Lucan Community College’s Amnesty group are committed to tackling the issue and keeping it at the top of the agenda.

Now in its fourth year, on Friday, May 11, the students from the group will be sleeping out from 8pm until 8am in the grounds of Lucan Community College.

Over 30 senior students, will sleep outside in the school courtyard overnight, to gain an insight into what it’s like to sleep rough, to raise awareness of the housing emergency and to show solidarity with the families, children and individuals affected by it.

A spokesperson for the group told The Echo: “We will express our views and urge the TD’s and Councillors to address the humanitarian crisis that is Irish homelessness, by building more social housing and providing more hostel places. There is too much talking about the issue and not enough action.”

The students are keen to get across the idea that when people think of homelessness they often don’t think of its more hidden forms.

Even with the government’s promises of building more houses and social houses, the number of families becoming homeless has increased by over 37% since February 2017 (Focus Ireland). In March 2018, there were 3,646 children in emergency homeless accommodation with their families.

One of the students Naoise Hallissey is looking forward to the experience.

She said: “We are looking forward to it and we want to get the issue out there. We are all in this together. Obviously it is not something that we experience every night like people who are homeless have to.”

Local TDs will be attending the event to answer student’s questions and listen to their views on this crisis between 8 and 9pm.