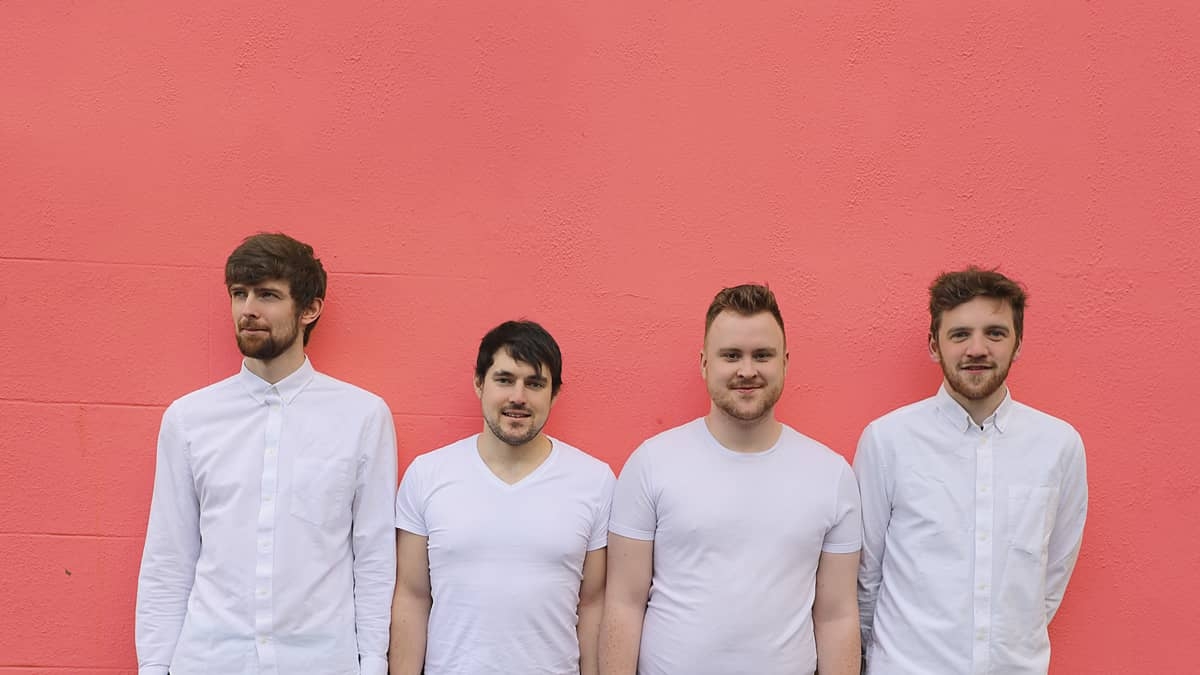 Indie rock four-piece Heroes in Hiding are releasing their first new material in two years in the form of their upcoming single, ‘Sunday Best’.

The band rehearses in Ballymount and consists of Liam McCabe on bass, Rathfarnham native Cian Donohoe on drums, Oisin Jacob on electric guitar and Joe Carroll on vocals and acoustic guitar.

They released their well-received debut album

‘Actor’ back in 2018, and have played numerous festivals and gigs along the length and breadth of the country.

While the pandemic has scuppered many of their plans for 2020, Heroes in Hiding did manage to reconnect and create ‘Sunday Best’, which was written in the early stages of the lockdown back in March.

Bassist Liam told The Echo about how ‘Sunday Best’ came to be, the impact the lockdown in March had on the band’s creative pursuits, and what their last gig before lockdown was like.

It’s been two years since you last released new material, was this gap accidental or intentional?

No, there was no grand design behind this. After we released the album and did some gigs behind it, we took some time for ourselves to replenish.

Writing and recording the album was an intense 18 months, so we needed some down time. We had intended to do a run of gigs and release new material earlier in the year but 2020 got in the way, as it has done for many people.

At what point did you start working on your new single, and what spurred that on?

We had been writing material since before Christmas. We had no definite goal in mind, we were just trying to write as much as possible and keep it fun. Loosely we were working towards a second album or an EP. Then lockdown hit and we all had to figure out new modes of working and writing together. The song started as a way of exploring these new challenges and grew into something we’re all really happy with.

Did the lockdown in March have any impact on your creative pursuits?

The lockdown very much curtailed our ambitions for the year. It has effectively decimated the music industry so our plans for gigs and for the summer were dashed.

Creatively it was a strange time.

It was amazing to have such an enormous wealth of time to try new things and create just for fun. I found the first few weeks of lockdown a very fruitful and productive time. I think the same can be said for a lot of people. Everyone was baking, reading, writing, etc.

People were trying things that they ordinarily would have felt were a waste of time.

Art feeds life and we wouldn’t have got through lockdown without the books, music, movies and TV shows that entertained us.

But, in the same way, life feeds art. It can become hard to create from that place and I certainly felt the lockdown fatigue influence my creativity.

What is ‘Sunday Best’ about?

‘Sunday Best’ was written during the early stages of lockdown. It is about the mundane and repetitive nature of our lives during lockdown, and the surreal nature these activities took on in the shadow of the very real, existential threat lurking just outside the door. Mostly it’s a love song though!

How does it feel to be releasing a new single after such a long time away?

We’re very excited to have new music out in the world. Two years feels like an age in the music industry, and it’s a strange world to be releasing music in. But we are nonetheless very excited.

Your last gig before the lockdown was in January at the Sugar Club, where you performed at First Fortnight’s tribute to Frightened Rabbit. What does it mean to you, that this was your last show before the pandemic?

That gig was phenomenal. It was a tonic for the soul. We are all massive fans of Frightened Rabbit and we were completely devastated when Scott passed.

It was a pleasure and a privilege to get the chance to perform their music for a crowd of people who felt the same way about the songs as we did. At the time we obviously didn’t know that would be our last gig for the foreseeable future but I’ve thought back on it many times over lockdown.

That gig is exactly where I want to be once all of this is over.

Looking ahead what other plans are on the horizon for Heroes in Hiding?

It seems crazy to be making plans considering the universe has given us a stark reminder that chaos reigns supreme! We have more new music to come before the end of the year and we hope to be back out playing music for people early next year. Fingers crossed.

‘Sunday Best’ is out now, on all streaming platforms and can be presaved in advance.