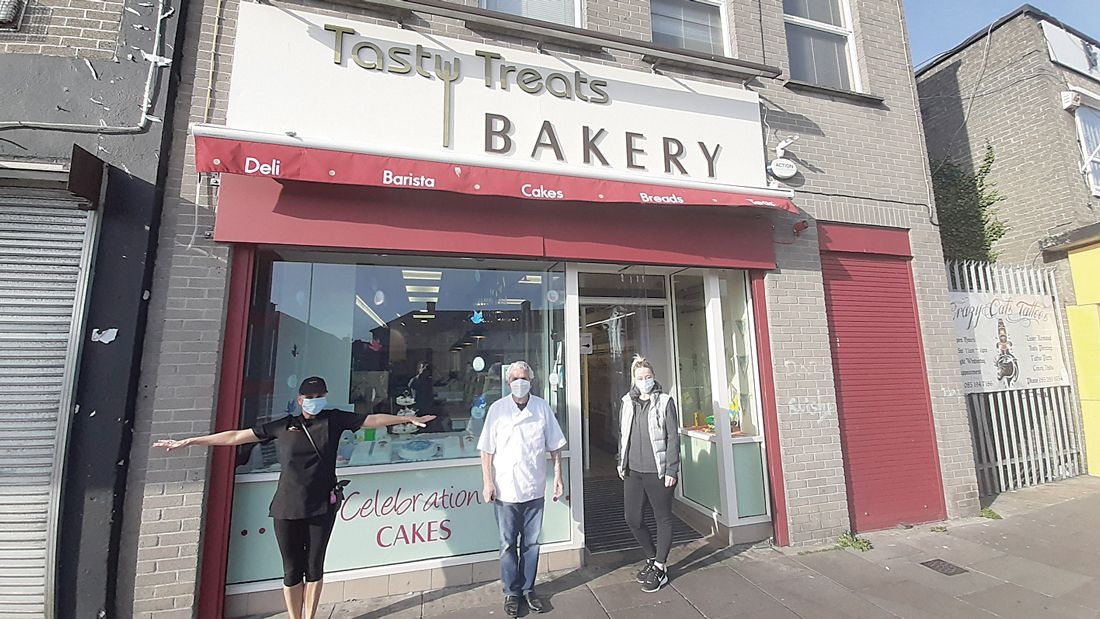 SUCH a surreal feeling to be in normally busy villages, towns and hubs, yet to see so many closed shutters.

It is 5pm on Tuesday at Ballyfermot Road. The Golden Mile and Grange Cross retail district is usually bustling with teatime shopping activity at this time.

While there is some footfall with a number of ‘essential services’ stores open, the glorious sun-kissed afternoon has the feel of a lazy mid-Summer night – symptomatic of a country that is in a perpetual state of stasis for the last five weeks.

Like everywhere else, businesses here have been hit hard, and for those that remain open, the hope is that all their retail neighbours will reopen when this crisis is over.

“It is important that as many businesses as possible return, that would be a must,” said Kevin Doyle, from K Doyle Greengrocers.

Doyles are one of the oldest stores in Ballyfermot, established 54 years ago by Kevin’s father Kevin Senior when he was just 19.

Kevin continued: “It has been really difficult for small businesses. We are entering the great unknown. Thankfully, we have kept going. Footfall is down but the food hasn’t dropped. We are here a long time and have a lot of loyal customers. It is nice to be a support for the community.”

Up the road at Tasty Treats Bakery, staff have installed an ingenious partition to enforce social distancing for customers, made out of timber and glass paneling.

“We are lucky to be kept going,” said Martina Healy, Manager.

A partition in the bakery

“Sales are down but that is to be expected. The first weekend was like a ghost town, but we have a reasonable flow of people. Only one person is on a till, and we installed a partition at the counter with material from a refrigeration company.”

Tasty Treats owner Stephen Coghlan praised his “wonderful staff” and said “99 per cent of people are clued in” to the social distancing measures at the bakery, which is open for close to 24 years.

“Our busiest time of the year with Communions and Confirmations is gone, but we would very much like to stay open,” he said.

“I listen to all the latest updates, and will do what we have to do.”

At the corner of Grange Cross, a staff member from Molloys oversees a small queue outside the front door.

This is one ‘essential service’ that has seen a surge of activity.

Shutters pulled down at shops in Ballyfermot

“The weekend was mental. We only allow three customers into the shop at a time but it has gone well.”

All Molloys staff are wearing face masks and gloves, with one breathing a visible sigh of relief that they got through such a busy weekend.

Robert continued: “The main thing is to stop the contamination. We only have two behind the tills at any one time. Gardai have been moving on people who are hanging around on the roads.”