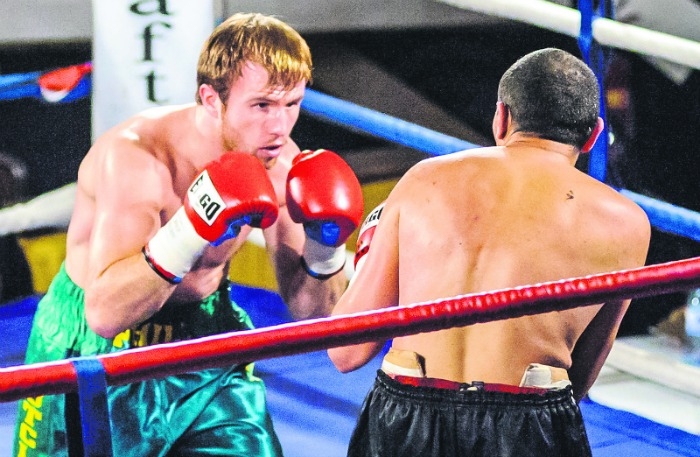 PHILIP Sutcliffe Junior insists he wants to focus solely on his own preparation ahead of his IBF Inter-Continental Super Lightweight Championship title fight against Josh Leather in Leeds on May 13.

The Crumlin man has to firstly negotiate another fight in the Waterfront Hall in Belfast on February 18, before he can turn his attention fully to the much-anticipated title clash just under three months later.

“I feel great,” insisted Sutcliffe. “I’ve been preparing for this fight in February and I’ve been doing all my training.

“I’ve never had more than six-and-a-half weeks to prepare for a fight, so it will be great to go into this [title bout against Leather] fully prepared. I can get all my strength and conditioning work done.

“I know he has 10 weeks to prepare as well, but I’m not worried about him. I’m just concentrating on myself and what I do.

“I’ve only watched about two or three of his fights. He has a decent style and he’s 11 and 0. He’s a big name in England and I just can’t take him lightly.

“It’s going to be a great fight” he told The Echo.

Sutcliffe has shipped just one loss in his 12 professional fights so far, that coming against Anthony Yigit in Hamburg back in May.

Almost one year on, he has fought his way back into the spotlight, chalking up three wins since then, including a terrific points victory over the highly rated Chris Jenkins last November in Belfast.

Jenkins, a WBC International Super Lightweight title holder, had fought for the British title, and provided Sutcliffe with a serious test.

Having come through that, the Dubliner is brimming with confidence for what should be a telling first half to the year in terms of his trajectory in pro boxing.

NEWER POSTCors cruise by Weston to stay top of the table
OLDER POSTDonore,Tallaght and DSD athletes earn their spots on 2017 AAI Games podium