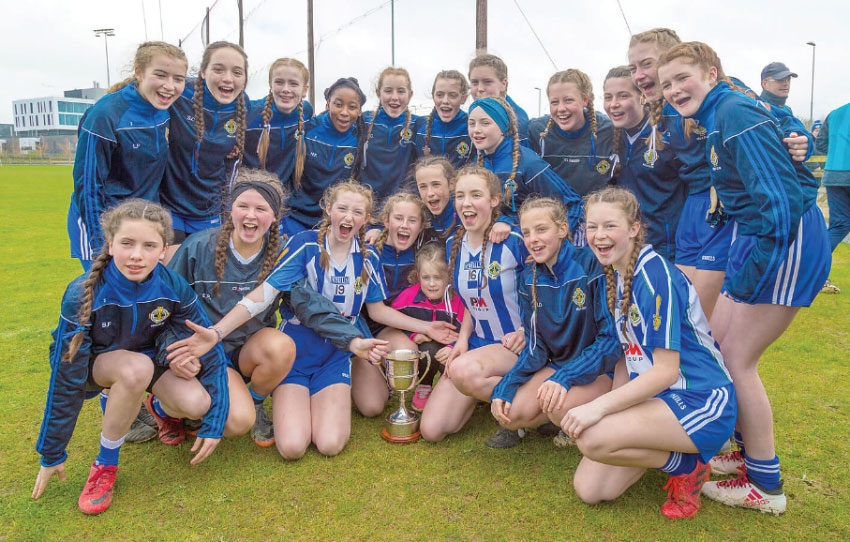 Sweet revenge for Enda’s in Final

IN WHAT was a repeat of last year’s Ladies Football Division One Féile decider, Ballyboden St Enda’s took on Foxrock Cabinteely in this year’s showpiece and won out 1-5 to 1-2 in Blanchardstown IT.

The Firhouse Road side were quickest out of the blocks, taking advantage of the strong wind by putting up a score of 1-2 to no reply, Abbie Brennan finding the back of the net and Kate Donaghy shooting over.

FoxCab got back into it when they converted a penalty with Boden grabbing another two points courtesy of Aine Rafter and Hannah Byrne to go in with a 1-4 to 1-0 half time advantage.

With the wind at their backs FoxCab came back into it, converting a 45 but Boden responded by registering another point by Donaghy.

FoxCab brought the game back to three points but Ballyboden stood firm with an outstanding defence while Sarah Gleeson played a true captain’s role at midfield.

MEANWHILE the Division Five Final saw Ballyboden B battle hard but lose 3-5 to 0-1 against Westmanstown Gaels.