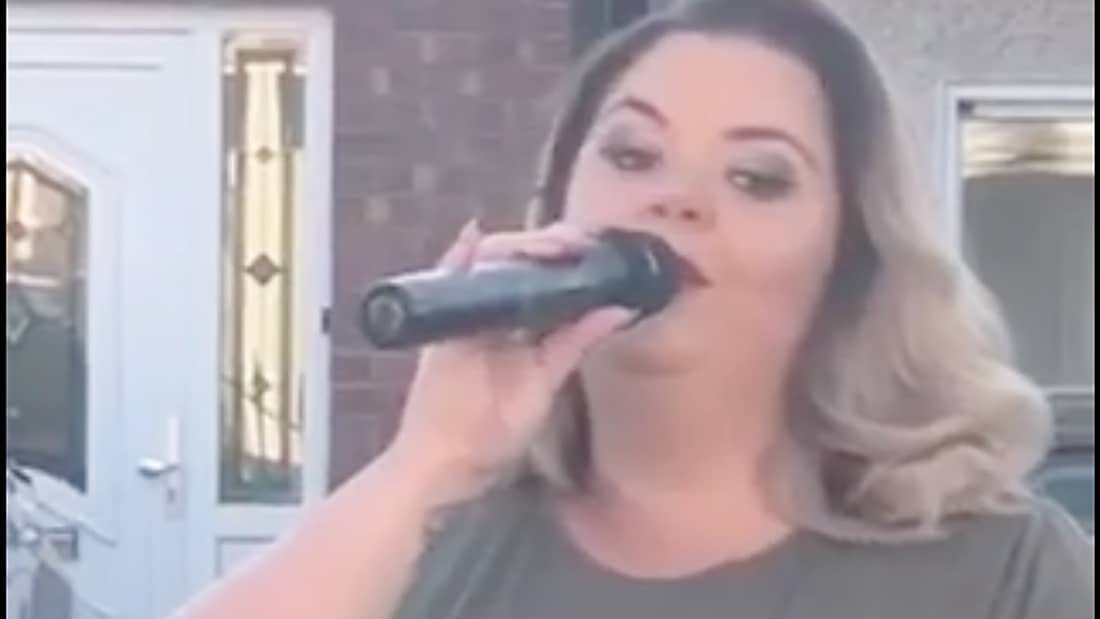 A TALENTED singer has brought the community of Castle Lawns in Balrothery, Tallaght, together during lockdown and through the summer with her well-received weekly performances.

On a Saturday afternoon in early April, Castle Lawns residents heard music filtering through their houses from outside, and went out to find their neighbour, Louise Kelly, in her front garden with a microphone and amp, singing for the road’s residents.

These impromptu performances became a weekly highlight for many on the road in the months that followed, and neighbours began reconnecting with each other as they enjoyed the performances.

Castle Lawns resident Lindsey Quinn told The Echo: “Louise sings all of the older classical songs and a bit of everything, and she’s a really good singer.

“When kids on the road had birthdays during lockdown she’d sing songs for them, and she held quiz nights and bingo.”

Lindsey added: “Even though I’ve lived here 15 years, and my husband grew up here, I didn’t know the neighbours, and the people my husband knew, he hadn’t spoken to in years.

“We all got to know each other [during the performances] and it’s brought all the neighbours together.

“The children are back in school, but they don’t feel like their lives changed that much [over the summer] because of the atmosphere on the road.”

Lisa O’Connor, a Castle Lawns resident who also enjoys Louise’s performances, echoed Lindsey’s view that the performances have strengthened ties between neighbours in the area, and brought an element of positivity out of a difficult time.

“It’s put me in a position where I feel like if I ever needed anybody, there are people on the road who’d be there for me,” said Lisa.

“There have been Saturdays where I’ve been pretty down, and hearing Louise singing has lifted my spirits.

“She just has such an amazing voice, and it gave me something to look forward to every week during lockdown.”

As the darker evenings are fast approaching, Louise is preparing to wind down her performances and – weather permitting – will continue singing every Saturday in September before putting away her microphone and amp for the winter months.

Reflecting on the impact Louise’s performances have had on the residents of Castle Lawns, Lindsey said: “At a time when we should’ve felt isolated, we all made new friends.”