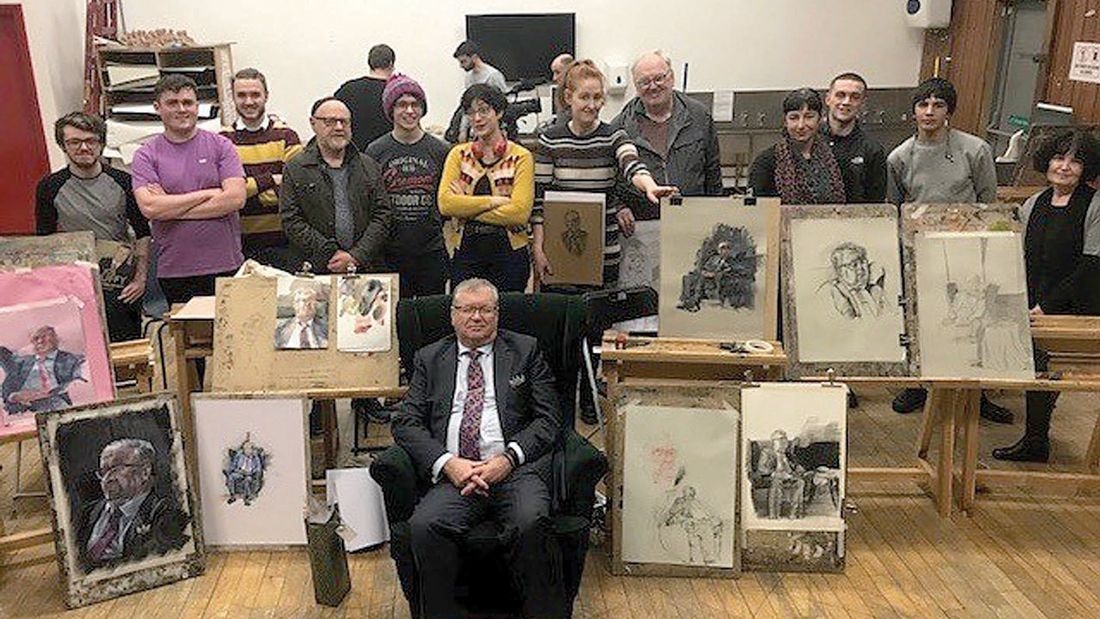 Talk to Joe . . . for a portrait of a broadcaster from Ballyer

RTÉ broadcaster Joe Duffy was a recent sitter for The Portrait Club at Ballyfermot College of Further Education.

The club is open to present and past students/teachers, who want to paint, draw or even sculpt a sitter at the monthly club.

Musician Francie Conway was the first sitter last October, followed by Pete Holidai from Irish rock band Radiators from Space, and Independent Cllr Vincent Jackson, who is also Chair of the college Board of Management.

Annette Smyth runs the portrait club, which is in session on the first Monday of the month from 4.30pm until 8pm.

“I contacted Joe in September and he kindly agreed to sit for his portrait,” said Annette.

“He was a pleasure to have in the college. Anyone who has grown up in Ireland feels they know Joe, but as we have many students who come from outside of Ireland, he was a new and unfamiliar voice.”

Annette continued: “We are working towards an exhibition in Ballyfermot Library in June as part of the college’s 40th birthday celebrations, so we have asked people of note from the college or the area to sit for us.”

The expo will also be on display in Smock Alley, Temple Bar, from May 20-23, featuring work from other BCFE students.

“We have only two more sessions this year and I think it is safe to say we have all enjoyed the relaxed and supportive nature of the portrait club,” said Annette.

Former X Factor finalist Mary Byrne is scheduled to be the next sitter for the group.

A man who failed to pay over €136,000 in VAT owed to Revenue over a period of five years has been jailed...