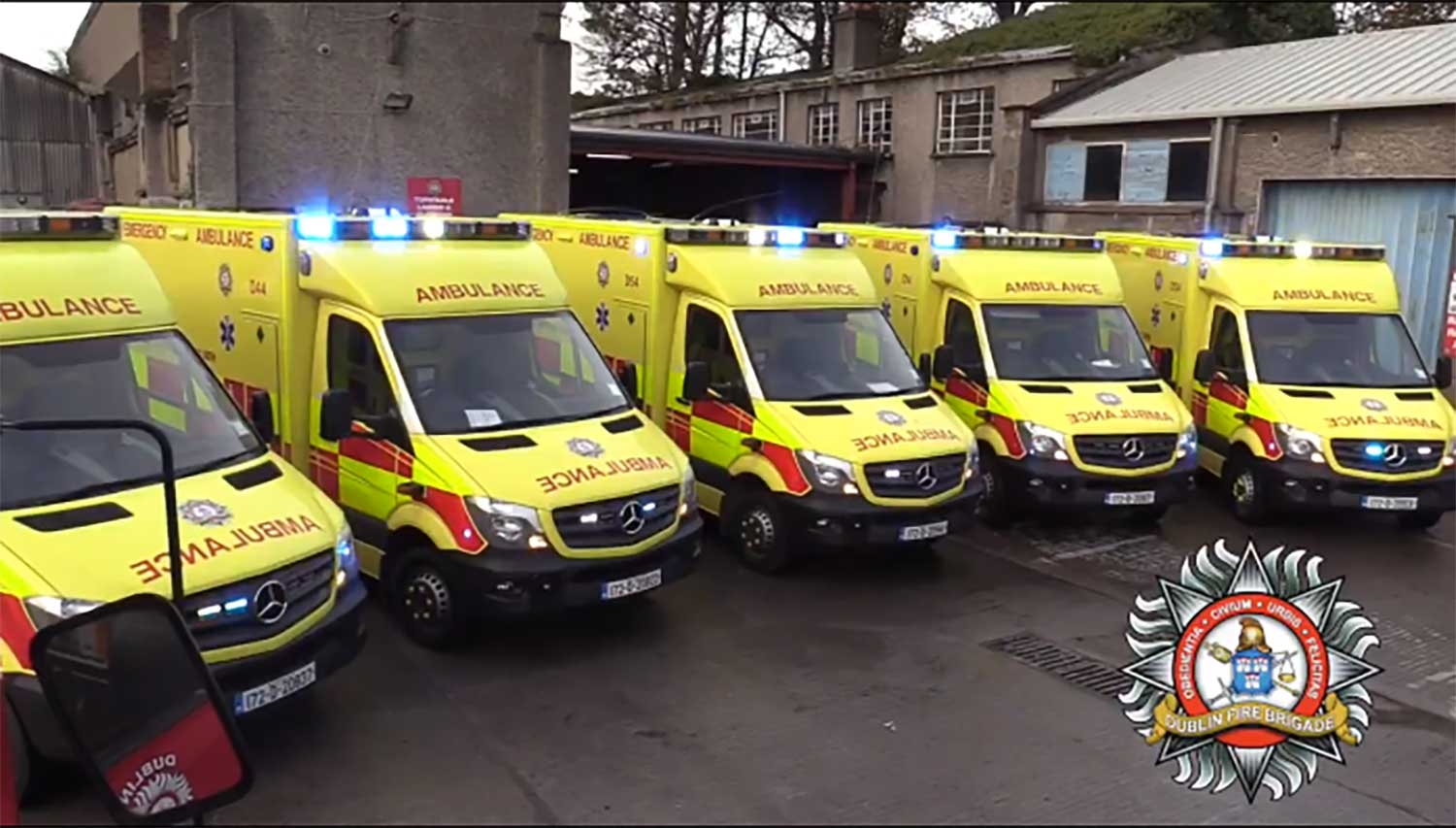 Tallaght Fire Station is among five in Dublin to receive a new ambulance as part of the Dublin Fire Brigade fleet replacement programme.

The state-of-the-art ambulances will be located at Tallaght, Donnybrook, Finglas, Swords and North Strand stations.

#ICYMI We've taken delivery of 5 new ambulances to replace older models. They're undergoing some final fit-outs and will soon be on the road pic.twitter.com/ddExjyJxTn

The delivery of five new Mercedes/Wilker ambulances further enhances DFB’s ability to tackle emergency calls, and once fully fitted, they will be delivered to the relevant stations.

Each ambulance features solar panels to supplement the powering of the electrical systems and reduce CO2 emissions.

According to DFB, the ambulances are also the “greenest yellow ambulances yet!”