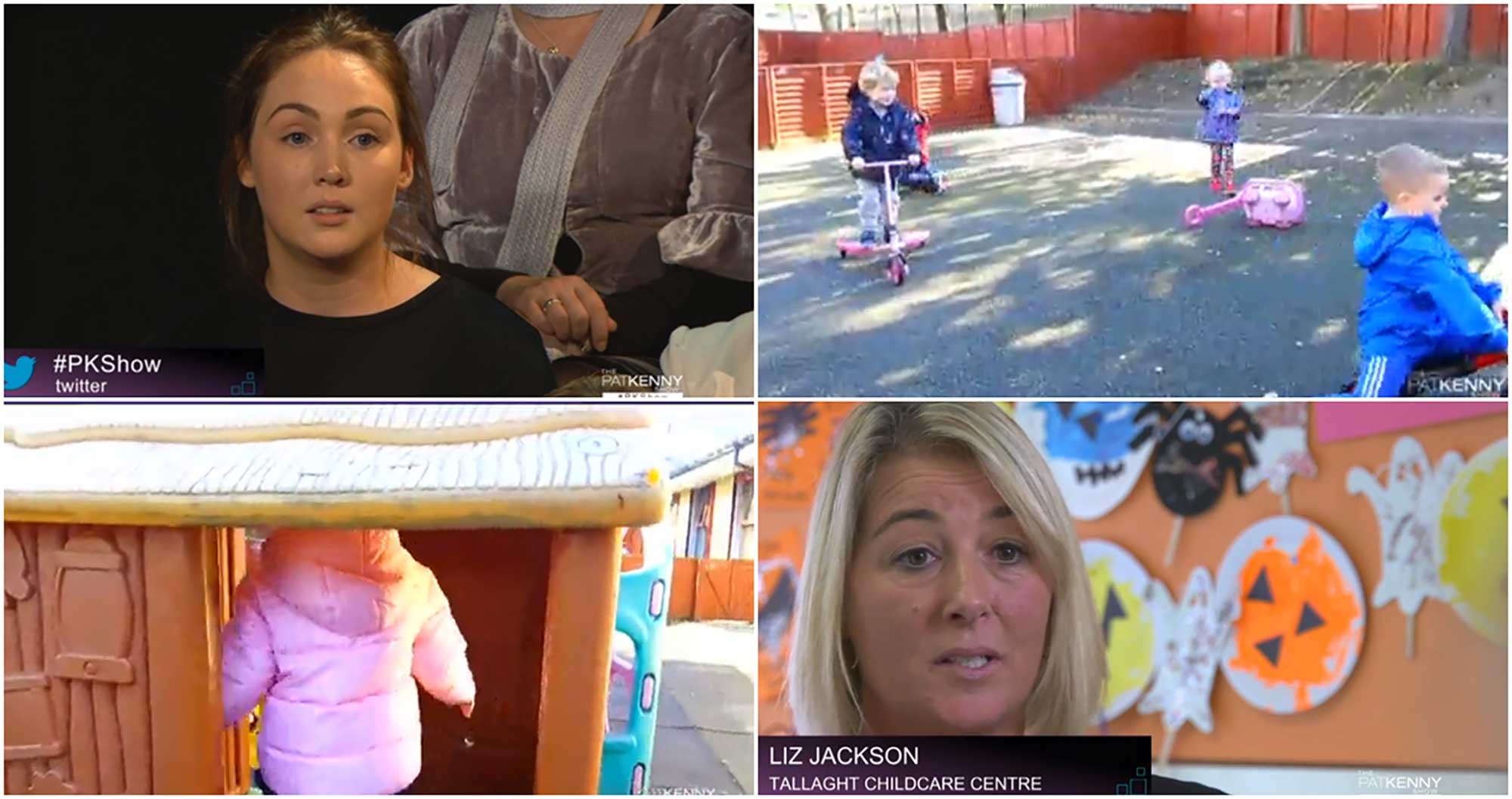 Childcare was the topic of discussion on the Pat Kenny Show on TV3 last night – with local workers from Tallaght Childcare Centre being invited to have their say.

Irish families, on average, are paying 35% of their net income towards childcare every year.

This is significantly more than our European neighbours who are paying between 10-13% per year.

In Tuesday’s Budget announcement, Minister for Finance, Paschal Donohoe confirmed an extra €20m for early education and childcare services, while he also confirmed the free pre-school programme will be extended to a full two years.

Speaking on the show about the investment in general in the sector, Tallaght Childcare Centre Manager, Liz Jackson said: “Childcare, across the board, there isn’t enough investment to help support the parents, but also to recognise the staff that are actually doing the work.”

The introduction of the new Affordable Childcare Scheme earlier this year was targeted at easing the financial pressure on parents, however, some childcare facilities have since increased their fees.

Ms Jackson said this was the case in the Tallaght Childcare Centre, but added that this was done after consultation with parents and was to address the fact that staff at the centre had not seen an increase in their wages since 2008.

She said: “We did take the opportunity to increase our fees slightly in consultation with the parents and the reasoning behind that is that staff here at Tallaght Childcare Centre have not had a pay rise since 2008 and we saw it as an opportunity to be able to give back to the professionals that are actually running this service.”

The low wages being paid across the sector is a real problem for those working in it, with one recent graduate on the show saying there is little incentive for others to study for a degree as workers with or without a third level qualification are paid the same wage, which rarely reflects the level of qualification the employee may have.

You can watch the full show on the 3Player HERE