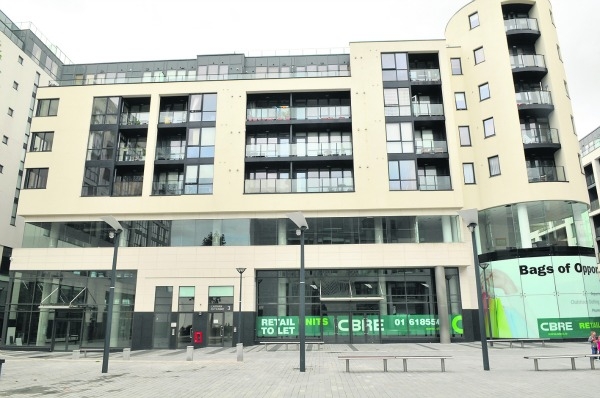 AN IRISH multi-unit residential property investment company has entered into an agreement with NAMA to acquire 442 apartments worth €83 million in Tallaght Cross West.

The deal, which is expected to close by mid-January, includes 442 apartments, 18,344 sq.m. of commercial space and associated underground car parking.

Tallaght Cross West has welcomed interest over the past 12 months, with two of its office buildings sold to the HSE and a third to Talacare, for a primary care centre and a new Trinity College-run population health research centre.

Plans are in place to turn Tallaght Cross West into a Medical Village, a scheme which has the potential to attract an annual footfall of around 400,000 into the complex.

Irish Residential Properties REIT (I-Res) has now agreed a separate deal with NAMA to buy 442 apartments in Tallaght Cross West, which has an 85 per cent occupancy and annualised passing rents of €5.1m.

The Echo understands that the deal will not impact hugely on the South Dublin County Council’s housing list as the majority of the apartments are occupied.

However, as with all developments, the council will investigate any opportunities.