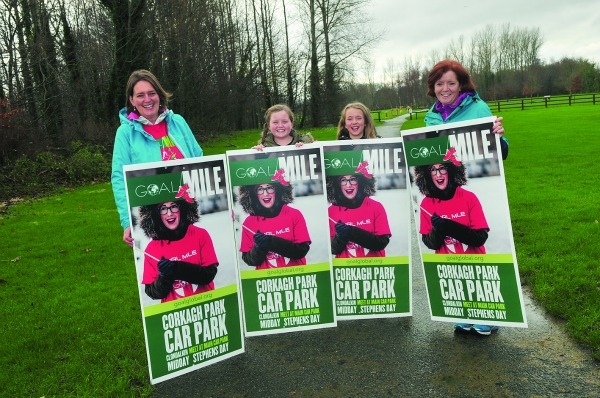 FANCY A RUN on Christmas Day or St Stephen’s Day? There will be Goal Mile held close to you this Christmas.

Now in its 34th year, the annual event sees tens of thousands run, jog or walk a Mile for GOAL each year, helping the aid agency raise money and awareness for those who need it most around the world.

More than 130 Miles will take place all across the country over the coming days and weeks, confirming the ever-growing popularity of an event which, says GOAL CEO, Barry Andrews, is now simply part of Christmas for thousands of families.

The aid agency is hoping this year’s Miles will particularly help highlight the plight of people displaced from Syria, South Sudan and other conflict regions of the world.

More than 60 million people around the world have been forced to seek refuge in 2015, fleeing war and natural disaster.

If you would like to organise your own GOAL Mile event, please email Alan at avard@goal.ie, or telephone 01-2809 779. To take part in a GOAL Mile near you, please visit www.goalglobal.org.