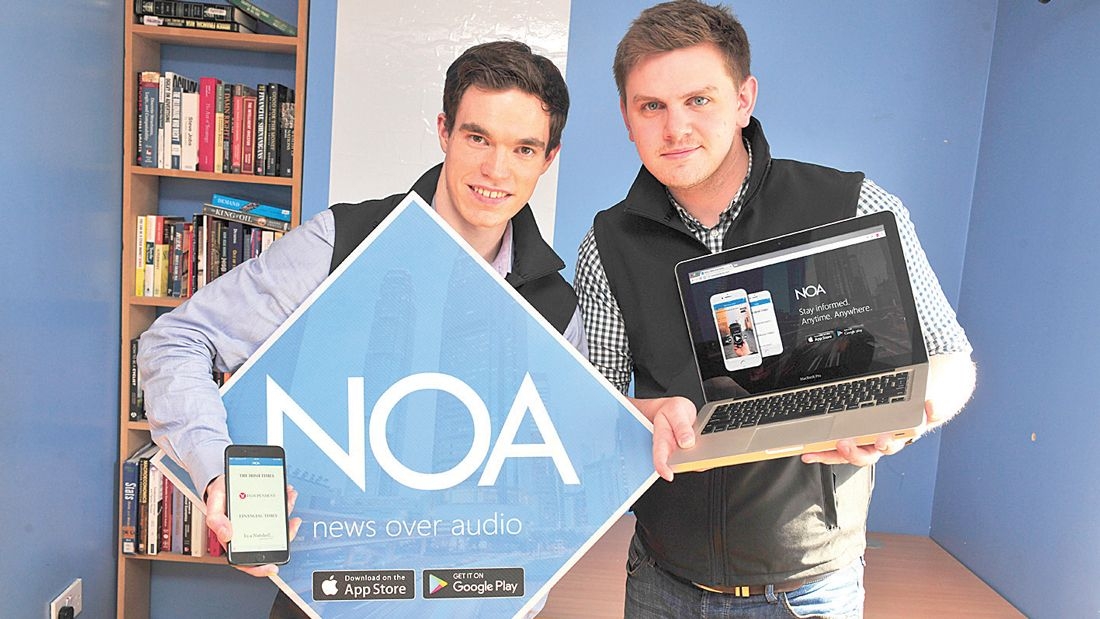 Gareth Hickey, CEO of News Over Audio (NOA), an audio-visual journalism platform, won the category of Professional of the Year at the gala event.

He also picked up an overall prize, in which he was against all the other category award winners from the gala ceremony in Ballsbridge Hotel.

News Over Radio (NOA), dubbed the “Spotify of journalism”, was created by Old Bawn native Gareth and his co-founders Shane Ennis and Philomena McGinley, to address global disengagement between publishers/advertisers and the public.

Their app was launched in 2017 with the Financial Times and Bloomberg among its first clients.

Since then, they have steadily added big name media groups to their portfolio, with the Washington Post and Harvard Business Review among the latest to sign up, and this week they launched Foreign Affairs magazine on the site.

Speaking to The Echo, Hickey (28), said the start-up raised their target goal last year of €800,000 in seed funding to attract more publishers and expand its international presence – via numerous investors.

“We are making good progress and have signed up quite a few publishers,” said Hickey.

“Investors are keeping an eye on us. We remain the number one audio-visual platform in the market.”

NOA co-founder Hickey has a background in equity research, formerly worked as an analyst with US securities and derivatives firm SIG, before pursuing a dream to start up his own venture.

A former Echo paperboy when he was a kid, he used to read it from cover to cover before he went out, crediting the publication as his “first exposure to news.”

The demand for learning and knowledge also stems from the family genes in Old Bawn, where news, books and the Discovery Channel are a regular feature in the household for his parents and siblings.