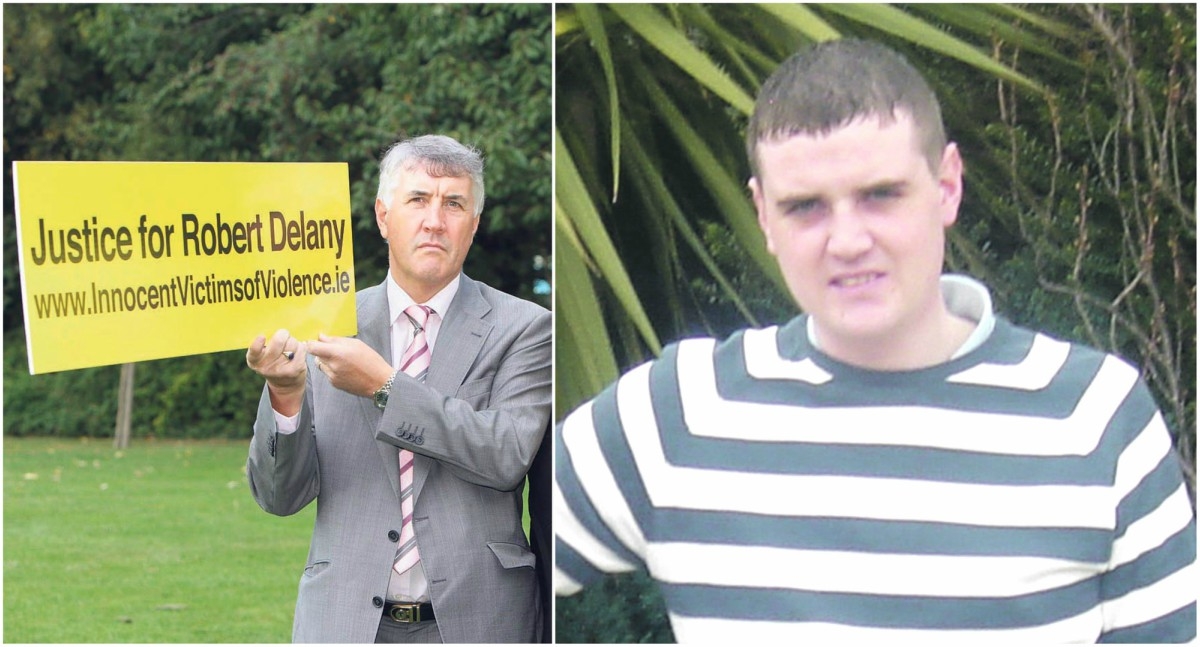 Everyday Terry and Noeleen Delany visit their son Robert in Peamount Hospital, where the dad-of-two resides in a permanent vegetative state after being shot in the face more than nine years ago.

Despite the passing of time, his family are continuing to fight for justice for their loved one, with his parents now calling for a Garda cold case review of the crime, which happened on 24 October 2008.

The young postman was 28 years old when he was shot in the face while looking out of his Russell Rise apartment window in response to an intercom call at 6.30am.

Robert, who had no involvement in crime, is believed to have been targeted after he intervened in a row at a pub.

Dublin criminal Daniel Gaynor (25), who was shot dead in Finglas in August 2010, was suspected of carrying out Robert’s shooting on behalf of a former IRA member, with Terry and Noeleen now trying to bring to justice those behind their son’s shooting.

Speaking with The Echo this week, Terry said: “We are looking for gardai to review the case on the grounds that a number of years have elapsed we feel that people might be in a position to come forward with information now.

“The people we are trying to bring to justice are those who organised the attack, and I want to remind people that there is a €20,000 reward for information leading to a conviction.”

He added: “There has been no change in Robert’s condition since day one.

“We go to see Robert every day and are bringing him home for Christmas Day for a few hours.

“We’re happy that Robert is coming home for Christmas, but it is particularly difficult with the condition he’s in.

“There is always a sadness around Christmas, but the grandchildren make it special.”

Robert’s two girls are now 16 and 10 years of age, and Terry and Noeleen enjoy a close relationship with them.

“He is never out of our thoughts and we’re busy maintaining the website and trying to keep his story alive.”

For further information on the Delany family’s campaign visit www.innocentvictimsofviolence.ie or call Tallaght Garda Station on 6666000 or the Garda Confidential Line on 1800 666 111.