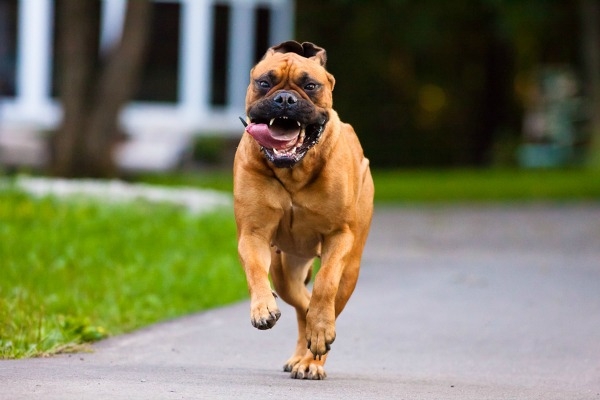 A Tallaght father has spoken out about how his eight-year-old daughter has been left traumatised after she was attacked by a Bullmastiff dog in an unprovoked attack eight months ago.

Emma Dowling, from Brookfield in Tallaght, was pinned down by the dog while walking with her mother, with the animal sinking its teeth into the young child’s back.

The issue around certain types of dog breeds being restrained or muzzled has been in the news after Meath Councillor Alan Tobin shared an image of a new sign in his local park which shows the rules regarding specific breeds of dogs, including Bullmastiffs, Rottweilers and German Shepherds.

In an online post, Cllr Tobin said: “As a dog owner I’m absolutely delighted that signs I’ve asked for, with pictures, showing the dangerous breeds of dogs have been erected over the past week.”

Speaking in the Irish Daily Star today, Emma’s father Joe spoke of the traumatic effects the unprovoked dog attack has had on his eight-year-old daughter.

He told The Irish Daily Star: “[The dog] jumped on Emma’s back and knocked her to the ground. It bit straight into her. It was completely unprovoked.

“Emma won’t walk to school anymore, and if she even hears a dog barking she won’t walk in her direction.”

Emma was with her mother at the time of the attack, and although the owner of the dog intervened immediately, the young girl is now afraid of any dog coming near her.

Joe said: “I came home and they were covered in blood. I was furious. Emma jumps out of her skin these days at the thought of a dog coming near her.

“She’s constantly afraid a dog will come through the window . When she saw a dog on the TV she went into hysterics.

“My wife and daughter need counselling.

“It may be eight months later and they say time heals, but some things just don’t heal.”