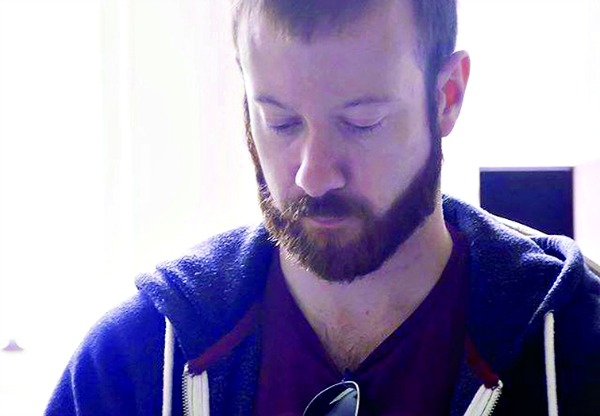 AN INDEPENDENT film maker from Tallaght is part of the two-man team behind a unique psychological horror which, currently in pre-production, is being made as Gaeilge.

A former student of Old Bawn Community School, Eamonn Tutty founded Reckoner Films with Alan Dunne – and now together they are working on a dark historical feature film set against the back drop of the Irish famine.

Despite a hectic schedule, Eamonn took some time to chat with his local paper about new film, An Ceann Deireanach.

Yes I was always interested in film from a young age when I began writing short stories and poetry. It fascinated me the world you could create with words and then I began to get curious about translating these words onto screen. A teacher of mine gave me her old film camera and I took an interest in photography. From there I knew I wanted to be a film maker and after secondary school took a course in Media Productions.

What was the first film you remember watching that had a lasting impact on you?

Well my brother took me to the Savoy in town every weekend as a child but actually engaging in a film probably would have been The Mission by Roland Joffe starring Robert De Niro and Jeremy Irons. I think I saw it the first time when I was about 10 or 12. I saw how we can be both cruel and beautiful all at the same time, how greed and power corrupts and that there is always hope for redemption.

How hard is it to make films?

I think having directed films I’ve written it’s definitely been easier to get it to screen but the difficulty has always been the organising of it. There is basically no money around for independent cinema it’s all about scrounging everything you can. But we have a huge independent community now of film makers and everyone needs to start somewhere, we’ll all get there in the end but the support shown is remarkable and very much needed. Collaboration is key starting off and obviously moving forward but as a young film maker working closely with all departments you get a sense of what it takes and a respect for all involved, it’s not just your project but the team’s it’s just your goal to make the most impactful representation of the script on screen.

Any advice for young film makers?

Advice I’d have would be to have an abundance of resilience as rejection is part and parcel of the industry even those who have ‘made it’ get rejected. So you need to have ideas as opposed to one, and keep pushing yourself out there, go to screenings, film clubs, seminars and apply for funding constantly. Make friends with people in the same position as yourself so you can make films on the weekends.

Tell us a little about your latest venture, An Ceann Deireanach?

An Ceann Deireanach was an experiment for myself and co-writer, director, producer Alan Dunne. We had invested in our own camera to start getting some work while we worked on our slate of films. We went up to the Dublin mountains and started filming anything that we thought interesting. I wrote a one page script that I wanted to film as an experimental but it wasn’t great. Alan had sent me a file of the footage he edited and said why don’t we make some sort of period piece, a psychological horror as such. From watching the edited piece we got excited and the ideas flowed. Myself and Alan are used to writing under deadlines so within a few days we had an outline of the story to build upon.

What genre does the film fall under, it reads like a psychological horror?

Yes it is indeed a psychological horror. It’s not a horror for jump scares or anything like that. We wanted to make something that was impactful long after the credits, had truth to it and engaged with some serious themes. The horror comes from the fact that this was a real setting, The Irish Famine. Death was an everyday occurrence and it was like a hell on earth that each man, woman and child had to survive both physically and mentally. We deal with corruption, greed, morality and religion.

How is the fundraising goal going?

The fundraising has been slow, not due to the film but the fact that as stated earlier there is no money for independent cinema. Because of this there is a lot of film makers in the independent community starting campaigns at the same time so it’s difficult to get public funding. We have other avenues to approach from private equity funding to co-production with established production companies. Bottom line is we have an amazing cast and crew and we are fully committed to seeing this into production. We are also looking at corporate investment, targeting Irish brands as the film in itself is reconnecting with our culture and heritage and bringing companies with strong Irish branding along would be beneficial to both parties.

What are you hoping filming in black and white will bring to the film?

Filming in black and white was a way we could use lighting and shadow to convey a lot of the internal struggles with our characters, it fits poetically well with the use of the Irish language and the time period it takes place in. So it wasn’t just a stylistic idea to shoot in black and white but a thought on how we could make our characters themes that much more real, also we are shooting using natural light thus black and white tones would be beneficial to maximise this.

You are also hoping to bring a revival of the Irish language to the big screen, how important do you think this is?

I think reviving the Irish language is very important to the big screen. The Irish film industry has always shown that we have some of the best technical and creative minds in the business and you can see that from previous and recent success. However you see foreign language films that don’t compromise on their own language and make some of the best and most poignant films. We are known as a nation of story tellers and that comes down to our language, the way it’s written, phrased and when translated it’s poetic. I truly think that we could compete with other foreign language films show casing the beauty of our country and the haunting stories that go with it.

If you could work with any director who would you choose and why?

That’s a tough one. I write and direct my own films and so I haven’t thought about working with another director bar my working partner Alan. There are a few independent film makers who are truly inspiring and I’d love to collaborate with such as Paddy Slattery from Co. Offaly who is a remarkable film maker and human being. He has written and directed many award winning short films and produced a number of short films also bringing international acclaim.

When are you hoping to release An Ceann Deireanach?

We hope to release it in 2017. We are also working on a few factual idea’s for TV along with a slate of five other feature films and outside of Reckoner Productions we are working on developing an TV Drama on Irish Mythology currently working alongside Orion Productions (Sinead O’Riordan), and Grand Pictures (Michael Garland) who produced Moone Boy.

To support this production or for further details visit www.thelastone2016film.com or email reckoner.productions@gmail.com or tutty31@gmail.com