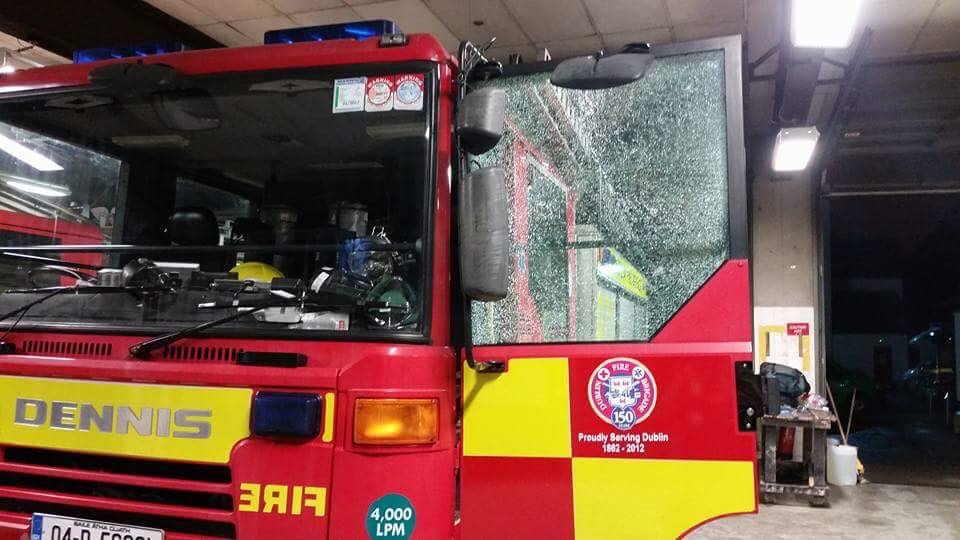 Tallaght fire truck attacked and taken out of service

A Tallaght fire truck was put out of service last night for more than three hours after it was attacked while on a call.

Stones thrown by youths smashed the passenger side window meaning the truck had to be withdrawn from service for a period.

Unfortunately one of our Tallaght appliances was unable to respond to emergencies last night for almost 3 hours after stones were thrown 1/2 pic.twitter.com/9KYsOjoaZr

at it smashing a window. Luckily no crew members were injured. We remind everybody that we are here to help the whole community. pic.twitter.com/SfDjQ04UTB

According to Dublin Fire Brigade no crew members were injured during the incident.

As bonfire season kicks off, a Tallaght firefighter just this week appealed to the community to assist crews as they respond to calls in the run-up to, and including, Halloween night.

Speaking to the Echo the firefighter said: “Halloween is a more treacherous time of year, with the nature of the calls and the proximity of the calls to domestic dwellings making things more difficult.

“If we are responding to an incident of critical nature and somebody throws a missile at us it compromises our safety and impacts on us doing our duties.”

Report bonfire materials to the council by calling 4149000.