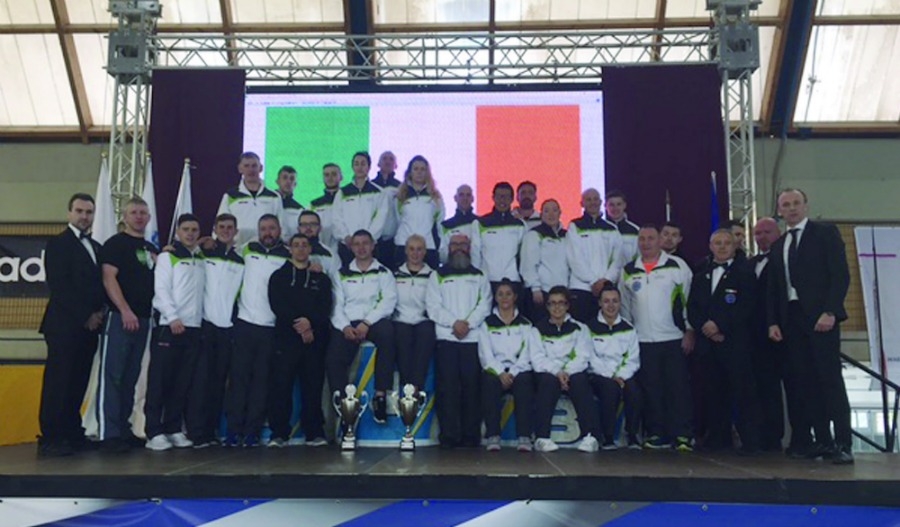 TALLAGHT Martial Arts played a big part in a big return for the Ireland squad at the recent WAKO European Championships in Loutraki in Greece.

Indeed the panel emerged with an impressive haul of two gold, three silver and ten bronze medals, Tallaght’s Dave Heffernan going top of the podium in the Masters -94kg division, beating Hungarian Istvan Toth by eight points in the decider.

He began his campaign with a five-point triumph over Giancarlo Ciccotta of Italy before recording an equally large victory over Norway’s Eirik Steinsland.

This set him up for a clash with Leonard Ademaj of Germany in the decider, in which he found himself four points down after the opening round.

Dolan fought furiously to restore parity only to be undone in the dying seconds of the final round when Ademaj clinched a point to take the title.

In what was his senior debut on the Irish team, Tallaght’s Scott Farrell won bronze in the -69kg field, beating Erdal Hasturk from Turkey before he lost out to the reigning WAKO World champion Timmy Sarantoudis from Germany in the penultimate rounds.

Keri Brown earned a bronze at -65kg, seeing off Viktoria Hader of Austria before being pipped in extra time of her semi by Italy’s Elena Pantaleo.

There was a third place finish also for Shauna Bannon in the -60kg Points Fighting division in which she emerged victorious by a maximum ten-point score against Turkey’s Remziye Vildirar.

But after a thrilling semi- final contest with Hungary’s Dorina Szabo that went to extra time, Bannon was caught with a late hit, forcing her to settle for bronze.

She later joined clubmate Gar Ryan on the Ireland squad that contested the team event in which they beat Germany before los-ing to current World champions Hungary.

Next up for Tallaght is the New Year Open in City-west Hotel on January 29.