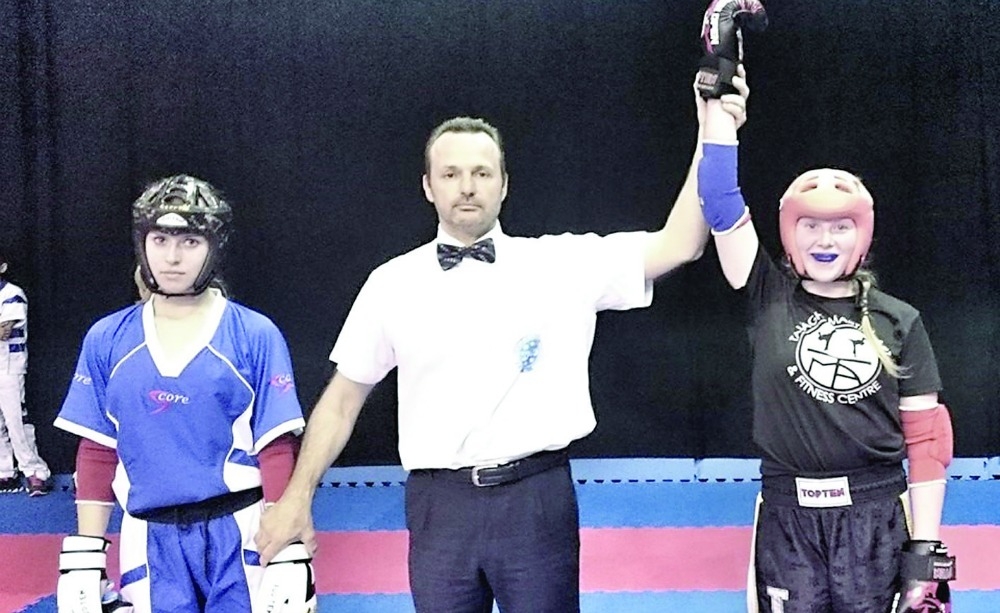 TALLAGHT Martial Arts finished a very impressive seventh out of 250 other clubs at the prestigious Hungarian Kickboxing World Cup in Budapest.

In the process they came away with a sizable haul of seven gold, seven silver and five bronze medals.

It was a terrific treble for Conor McGlinchey, who managed gold in the -79kg, -84kg and Grand Champions Divisions, where he saw off two opponents from Hungary, and another from the United Kingdom.

There was also double delight for the Dublin 24 club, with Jodie Browne winning gold against a German opponent, in the -60kg Older Cadets section, and in the -65kg section, it was an all-TMA affair, with Browne defeating clubmate Eadoin McCrave in the final.

McCrave also made it to two other semi-finals, where she fought against opponents from the UK, and while she lost both fights, she ended the tournament with a very impressive three silver medals around her neck.

Troy Gannon won gold in the -63kg event, proving victorious against a UK opponent, and silver in the -63kg section, where he narrowly lost out to a fighter from the host nation.

In the -57kg division, Adam Condon recorded a flawless 3-0 result in the final against a Turkish fighter.

Zara Jones claimed bronze, losing to a Croatian opponent in her Older Cadet -42kg bout, as did Leá Farrell in the Junior 50kg class.

Another to get a place on the podium was Jonathan Touhey who took bronze in the Intermediate 80-points fighting section, and silver in the 80kg final, where he lost out to another Irish fighter, from Mayo.

With a number of other members of the squad making it as far as the Quarter-Finals stage, Tallaght Martial Arts Coaches Martin Bannon and Dave Heffernan, had a lot to smile about, with their hard work and determination leading to success all round.

Next up for the Killinarden-based club is the second round of the Irish Kickboxing National Senior Championships on Sunday at Tallaght Leisure Centre.