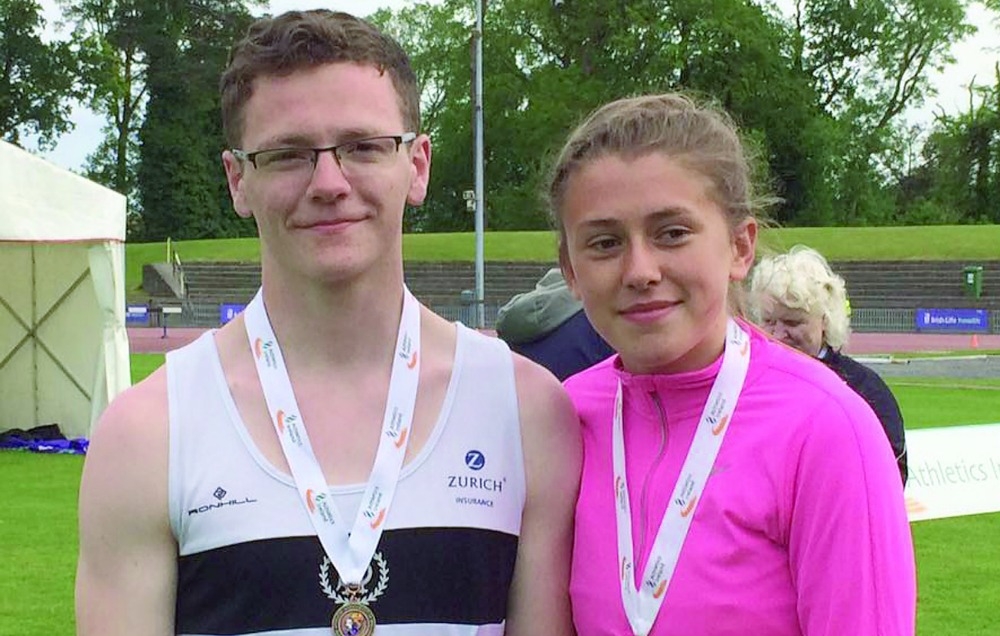 IT PROVED a successful weekend for a handful of Donore Harriers juvenile athletes at the International Flanders Athletics Meeting at Oordegim in Belgium on Saturday.

Eighteen-year-old Aoife Lynch won the 200m when up against senior competition, registering a personal best time of 24.41.

She beat Lucy Evans (24.64) into second place and in the process gained the B qualifying standard for the European Junior Championships.

Alex Clarkin (14.50), another junior athlete, also attained the B standard for the Europeans when finishing sixth in a very competitive 110m Hurdles race.

Despite competing in very wet conditions, he broke the 50-seconds barrier for the first time to place third in the 400m with a time of 49.53 behind winner Lewis Brown (48.24) of Scotland.

In the National Youth Women Combined Championships at a rain-soaked Santry, Lara O’Byrne added the outdoor title to her winter indoors crown.

It was a fine overall performance by O’Byrne who amassed a total of 4,200 points to finish well clear of runner-up Caoimhe Rowe of Trim AC.

In the 10-event youth decathlon Max Carey showed goodform after a long injury by placing third with a total of 4215 points.