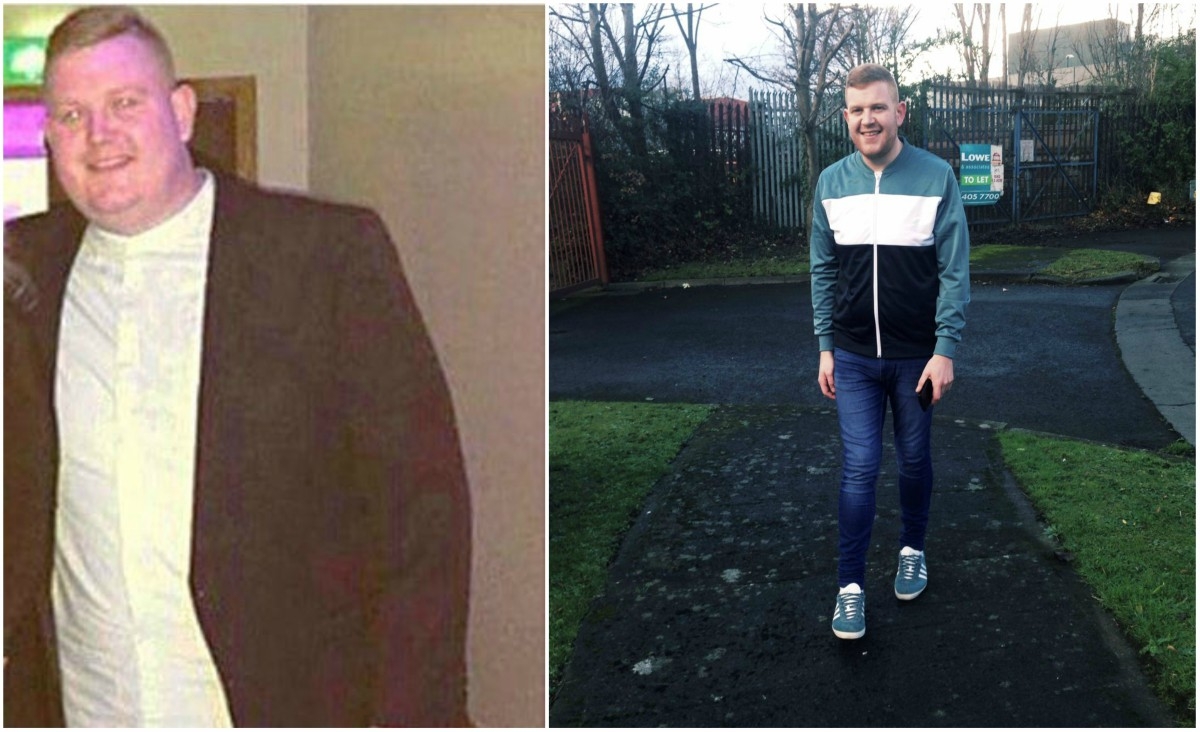 A Tallaght man who lost nine stone in just over a year is using his weight loss experience to inspire others, and is now the first ever Slimming World male consultant in South Dublin.

Gary Dempsey joined Slimming World 20 months ago and has gone on to lose an incredible nine stone.

Although initially finding the group aspect of his Slimming World classes nerve-racking, Gary said that the support he found from his fellow classmates helped achieve his incredible weight-loss and he now wants to inspire people to do the same.

The 27-year-old says he was motivated to join after experiencing frequent back pain caused by working in the building industry, as well as weighing 23 stone.

Gary told Echo.ie: “I have struggled with my weight since I was in my teen years. I had back problems and the weight didn’t help.

“I couldn’t physically do exercise so I joined slimming world to lose weight.”

On the suggestion of a friend, Gary joined a Friday morning class in the Maldron Hotel, Tallaght.

Gary said he was initially nervous to participate in the class with other members as he thought Slimming World was just for women.

Gary recalled: “I didn’t know what to expect. It was a shock when I began the classes. I thought they were just for women.

“I would speak to my consultant and get weighed then leave as quickly as possible.”

However, he began to lose motivation after two months.

He said: “I was doing everything on my own but after two months, I realised I was missing something. At 14 weeks, I was nominated for the Group Man of the Year competition, even though no one really knew much about me.

“I began to talk to the class after winning the award and getting to know people.”

Gary said that the classes are friendly to newcomers. He said: “Everyone is on the same journey and people love welcoming new members.”

He also said that the classes are helpful because they are tailored to each individual.

“You’re asked to think about what weight you think you should lose rather than being given a target to lose,” he said. “This provides relief.”

Over the course of a year, Gary lost seven stone and nine stone in the past 14 months. He said that during this time, his eating habits have changed.

“Before, I was a fussy eater,” Gary said. “I rarely cooked for myself and would eat convenient foods instead.”

Gary’s two classes run on Monday evenings in the Retreat Centre at The Priory, Tallaght Village at 5:30pm and 7:30pm.

Gary said his classes are open to both men and women and that he would encourage anybody who is about to begin their weight loss journey to join a Slimming World class and not feel nervous.

Gary said: “It will change your life and the nerves will go in time.”