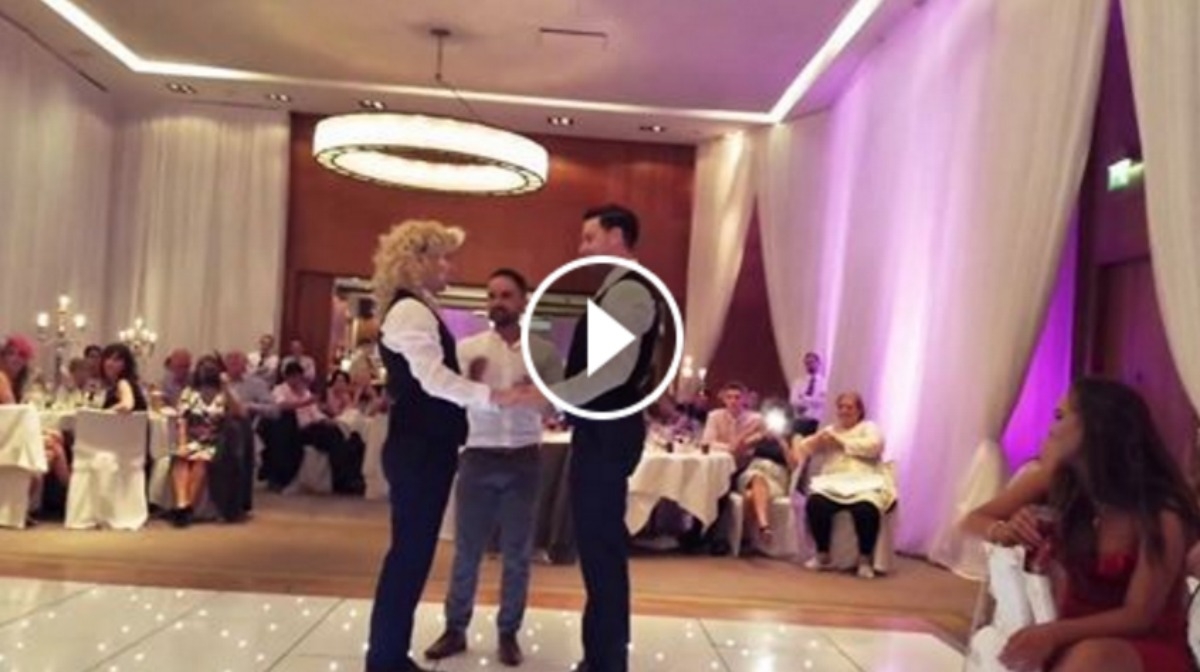 When we think of wedding speeches we usually think of jokes about the groom’s stag party or memories of how the loving couple first met.

But for one Tallaght man the traditional wedding speech was replaced with a hilarious reenactment (with a splash of poetic licence) of how he met his new bride.

Actor, videographer and creator of Disco Kids, Adam Traynor married his wife Lianne last August, and what followed was by far the most original gift any groom has ever given his new wife.

Using the groomsmen as cast, and with the dulcet tones of Morgan Freeman as the voiceover, the fairytale story documents how Adam and Lianne met, using the ‘Princess and the stable boy’ as a narrative.

With just one rehearsal in the bag, and despite the couple’s young son, who was set to feature in it, falling asleep due to all the excitement of the day, Adam ploughed on to deliver a performance worthy of anyone’s hand in marriage.

Many thanks to Adam for sending us on the video.

If you have a video you would like shared send it to us HERE.