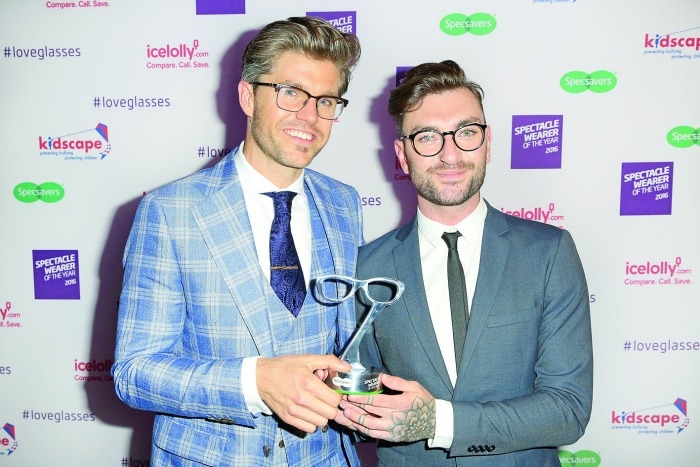 Neil (27) took to the stage to receive his Spectacle Wearer of the Year award at the glitzy event hosted by Specsavers to raise money for anti-bullying charity, Kidscape.

Neil was selected from thousands of hopefuls to be crowned the Ireland winner.

“I am delighted to represent Ireland tonight, particularly in a competition which is showing people that wearing glasses can make you look good and feel great,” said Neil.

“I love my glasses and how they allow me to express my individuality.”

A number of specs-wearing celebrities were present at the awards, including pop singer Nadine Coyle who took home Best Specs Newcomer.