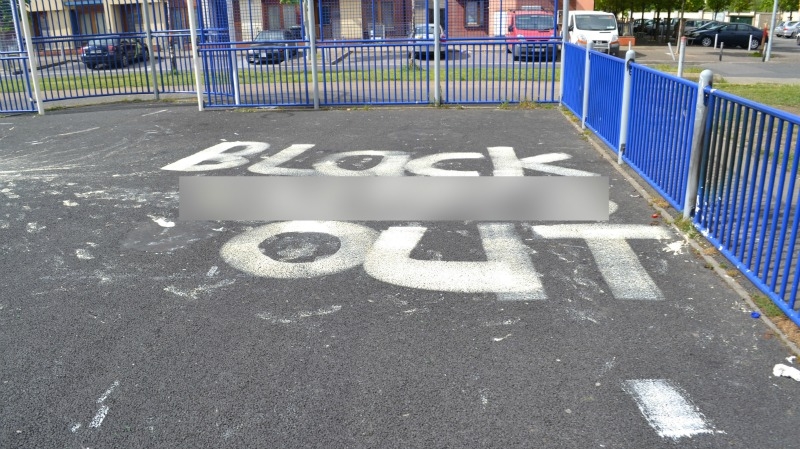 The painting of racist graffiti in a Tallaght playground has been condemned this morning and has been attributed to an “extremely small minority” of people.

The graffiti appeared overnight in a playground in the Mac Uilliam estate in Tallaght.

Speaking to Echo.ie this morning Cllr Dermot Richardson said the mindless act of vandalism does not reflect the community, and he urged anyone who seen anything in the area to contact the Gardai immediately.

He said: “It’s only an extremely small minority of people who take part in this kind of thing, and in general people have integrated very well into Tallaght communities.

“We cannot have a minority of people victimising others, and I would urge anyone who seen anything overnight to contact their local reps and Gardai in Tallaght.”

A team from South Dublin County Council were at the scene this morning, and CCTV in the area will now be used to try and identify those responsible for this disgusting act of racism.

If you have any information in relation to the incident you can contact Tallaght Garda station on 01-666600.