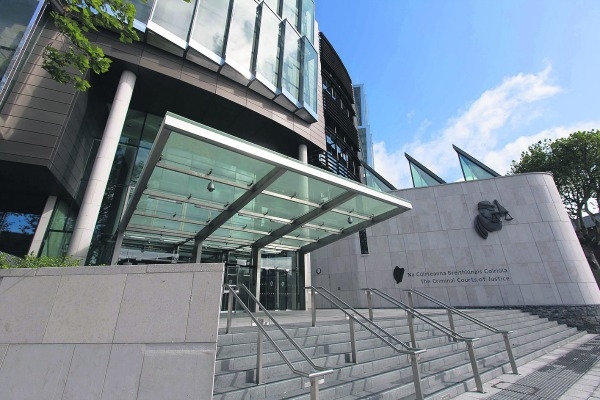 A 33-YEAR-OLD man charged with human trafficking and organising prostitution will have to lodge €6,000 to get released on bail.

Bakery worker Grzegorz Grzyb, a Polish national with an address at Virginia Heights, Springfield, Tallaght, was arrested on Tuesday night at Dublin Airport.

He was brought to Store Street Garda station and charged on Wednesday morning with two offences.

He is accused of taking a named female under his control for the purpose of sexual exploitation between September 1 and September 11, 2012, contrary to the Criminal Law Human Trafficking Act 2008.

The second charge, which is under the Sexual Offences Act, alleges that from March 3, 2012 until October 25, 2012, at an address in Tallaght he controlled or directed the activities of prostitution or compelled or coerced a person to be a prostitute.

He was brought to appear before Judge Anthony Halpin at Dublin District Court.

Garda Lorna Cox of the Garda National Protective Services Bureau based at Harcourt Square in Dublin, told Judge Halpin that Mr Grzyb’s reply to the first charge was “that is rubbish”.

He answered “these are lies” when the second charge was put to him, the court heard.

She said that she had no objection to bail subject to a number of conditions being imposed by the court including a requirement to lodge €6,000.

Defence solicitor Niall O’Connor told the judge that his client was of limited means. He has lived in Ireland for nine years and has been working full-time with an income of about €360 a week.

The accused has just €300 in savings and had just returned from a trip to Poland to visit his child and his ex-wife, the court was told.

Mr Grzyb’s passport has been seized by gardaí.

Judge Halpin set bail at €6,000 and ordered that the accused must not apply for a new passport and has to notify gardaí of any change of address. He will have to sign on every Monday, Wednesday and Friday at his local Garda station, the judge ordered.

He also acceded to a request from Garda Cox to order Mr Grzyb not to have any contact with the injured party, witnesses or potential witnesses and to provide gardaí with a telephone number on which he can be contacted at any time.

He said given the nature of the charge it was not unreasonable for the garda to look for a substantial cash lodgement.

Dressed in jeans, a black jacket, grey hoody and a T-shirt, the defendant did not address the court and listened to the proceedings with the help of a translator. He has not yet formally indicated how he will plead.

Free legal aid was granted and he was remanded in custody with consent to bail to appear at Cloverhill District Court on November 23.

He is the third person to face charges as part of the investigation.