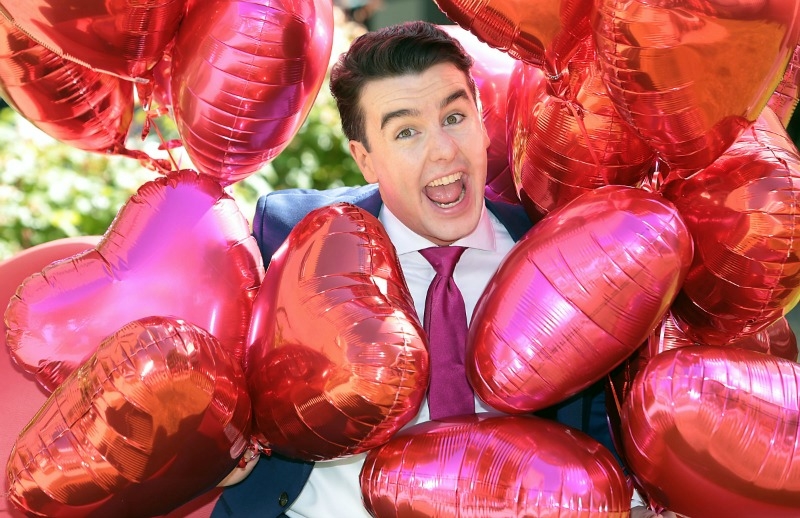 Tallaght’s Al Porter has been revealed as the host of TV3’s new show Blind Date which will air on the channel in the autumn.

Made famous by Cilla Black, the show will be a mix of entertainment and comedy, with Porter acting as the match-maker.

The announcement continues a remarkable couple of months for the Tallaght native and award-winning comedian who now hosts his own show on Today FM, regularly appears on RTE’s Cutting Edge and has his own newspaper column.

Speaking today about his new gig, Al said: “I’m beyond delighted this is happening and leaped at the chance to do it!

“Since I was a kid on stage in the Olympia all I’ve ever wanted to do was cheer people up and entertain as many people as possible.

“I remember watching shows like Blind Date with Cilla as my mam ironed and my nana laughed and it doing just that – cheering us all up!

“To think I’ve the opportunity to be welcomed into people’s homes each week on TV3 for a bit of shiny, silly fun is a privilege and I hope people love it!

“Most fun for me, is like my Panto and radio work, Blind Date on TV3 will be broad fun, family entertainment!

“Now, to practice saying “what’s your name, where do you come from?!”

TV3 are now looking for contestants for the new show and are calling on all the single men and women in Ireland, of all age groups, looking for love to apply, by clicking HERE.