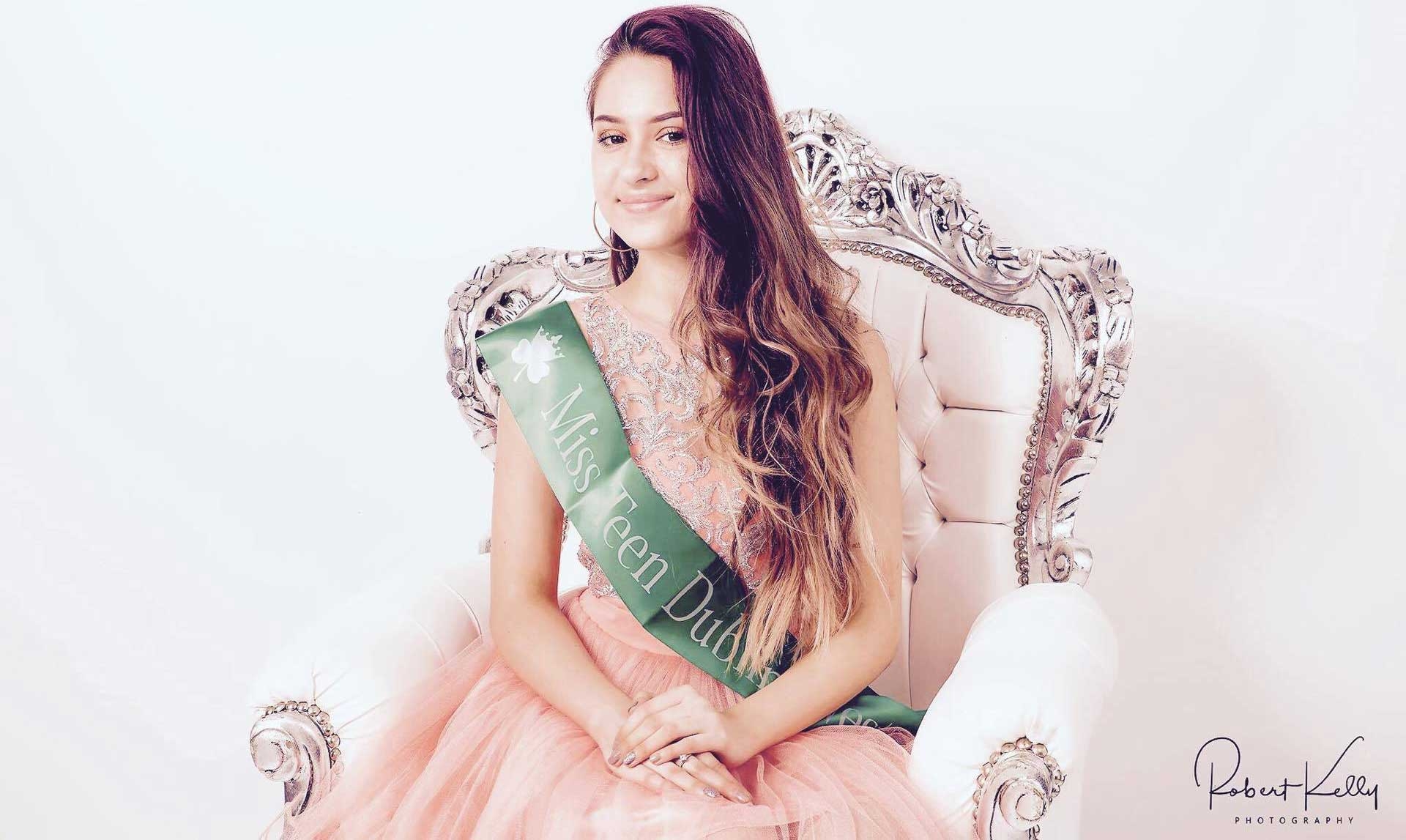 A young Tallaght model will feature in the Miss Teen Ireland Final in the ALSAA Club at Dublin Airport this weekend.

Representing Dublin South-West, Sabrina Maria Purice from Brookfield will be hoping to add the crown to the Teen Model of the Year accolade she picked up last year.

Maria is currently juggling her flourishing modelling career alongside studying for her Leaving Cert at Holy Family Community School in Rathcoole.

Added to this, the Tallaght native is also pursuing a career on stage, and has already achieved a Sixth Grade award from the Royal Irish Academy of Music.

According to the organisers of the Miss Teen Ireland, the event is Ireland’s premier pageant for teenage girls aged 14-19.

There is no swimsuit portion of this contest, though over 18s are eligible to compete for the separate swimwear title.