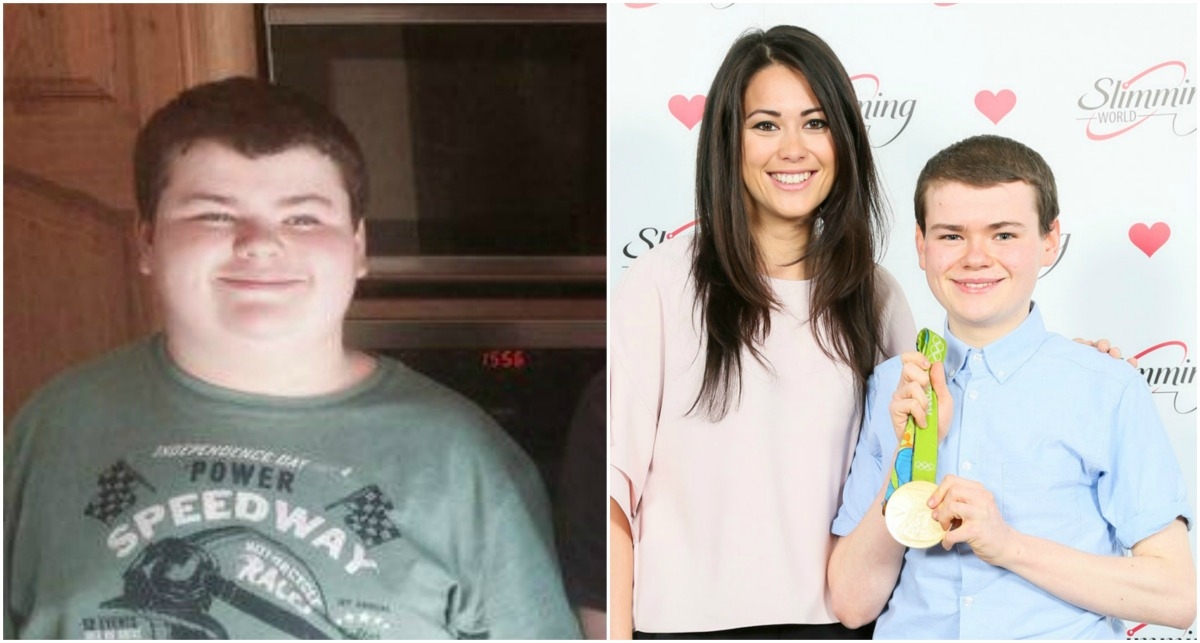 A young Tallaght teenager was celebrating this week after his impressive weight loss was recognised at a national slimming competition.

Eoghan Gaffney Glynn (17) has been attending the Tallaght Slimming World group since he was 15, and to date has lost 7st 12.5lbs.

Eoghan made the final 30 of Slimming World’s Young Slimmer of the Year 2017 competition, and he said it was because his weight was making him be more self-conscious that he decided to go to Slimming World.

He said: “I think a lot of young people struggle with their confidence from time to time and I was no different.

“My weight meant that I was becoming more and more self-conscious though, and it was starting to affect me in lots of different ways – to the point where I’d make excuses not to go out with my friends because I felt uncomfortable all the time.

“I was 15 at the time, and I’m not going to lie, I was quite nervous about the thought of joining Slimming World at first because I thought that people might judge me for being overweight at such a young age.

“My mother had joined Slimming World already, so she was a big inspiration to me. I definitely shouldn’t have worried about people’s reactions though, everyone at my group is really lovely and they’ve all been so supportive of me.”

With one in three young people overweight or obese, there is acute need for healthy lifestyle support for children, adolescents and their families.

Slimming World supports people of all ages to make changes to their lifestyle and develop healthy habits for life – from the age of 11.

Eoghan began following Slimming World’s Food Optimising healthy eating plan and said it was about understanding his relationship with food.

He said: “I can still have burgers, chips, curries and chocolate – I just have to make some healthy swaps, like switching white bread for wholemeal and using lean mince.

“Understanding my relationship with food has been a real eye opener. I’ve always loved cooking but Slimming World has opened my mind to a whole new range of delicious meals.

“I feel as though I’ll be able to keep up this healthy way of life forever – which is something I never thought I would say! My confidence has grown loads too, which is great.”

As a result of his incredible achievement, his fellow members in the Tallaght group voted for him to represent them in the Young Slimmer of the Year 2017 competition and he was one of 30 young people invited to the semi-finals, which were held at Slimming World’s head office in Alfreton in Derbyshire.

NEWER POSTPART TWO: Who remembers growing up in Tallaght in the 80s?
OLDER POSTCheck out this week’s Echo Jobs and Training – 06 June 2017 edition