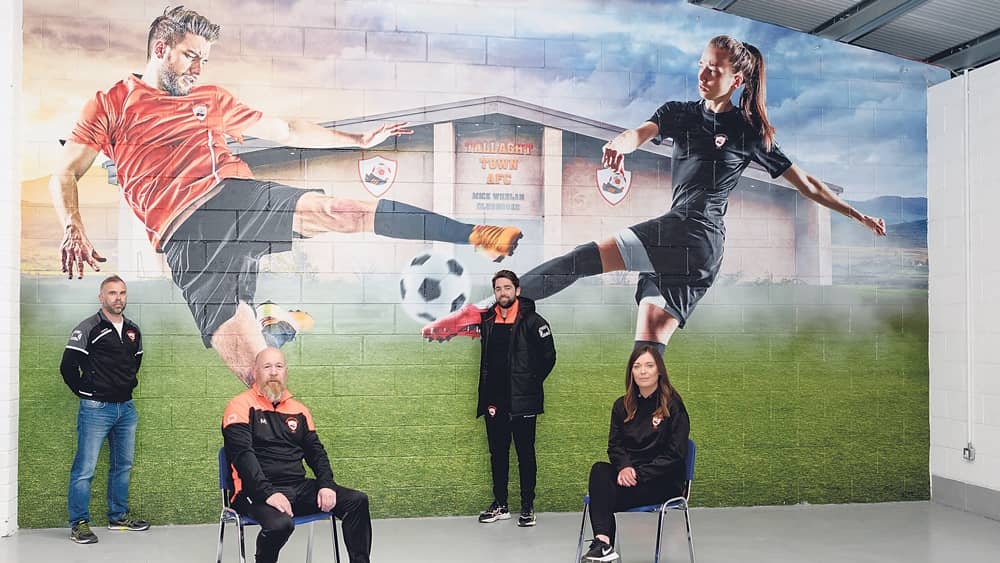 TALLAGHT Town AFC have unveiled their completed state of the art clubhouse at Carolan Park after putting in the finishing touches.

The Mick Whelan Clubhouse, which was named after the club’s secretary who sadly passed away in 2019, after a battle with cancer, was built in April last year but has recently had the facilities installed.

The clubhoues was built after fundraising efforts by the members last year – raising €35,000 themselves and a €150,000 grant from the government’s sport capital funding programme in 2017.

Club Chairman Alan Merriman told The Echo that the clubhouse is finally finished just in time for the new season, after being put on hold for a year.

Alan said: “We didn’t have the funding to finish it, so we have the whole thing complete now and it is up and running ready to go for the new season.”

The club managed to get sponsorship through food manufacturer Blenders, and in addition to receiving a grant from South Dublin County Council  the clubhouse was finally complete.

According to Alan, it cost approximately €25,000 to €30,000 to put in the finishing touches at the clubhouse such as showers, a heating system and toilet facilities.

Telling The Echo about what the clubhouse now has to offer he said: “It will benefit the club because we now have girls home and away dressing rooms and we have a classroom facility so we will be running courses from there as well.

“We are also in partnership with Jigsaw, so we will be having educational classes from there.”

In addition to the classroom and changing facilities, the completed clubhouse boasts a club shop, office space, a referee changing room and a games room.

The club also has a new director of football, Mikey Kinsella, who Alan says has been doing “phenomenal work”  within the community.

“He is doing great work in the community and liaising with other clubs.

“He is doing a lot of work with Jigsaw as well to promote mental health in young people,” Alan explained, “and he is also trying to make sure at 16s level and up that if kids to drop out, we can try find other clubs for them to try keep kids in sport.”