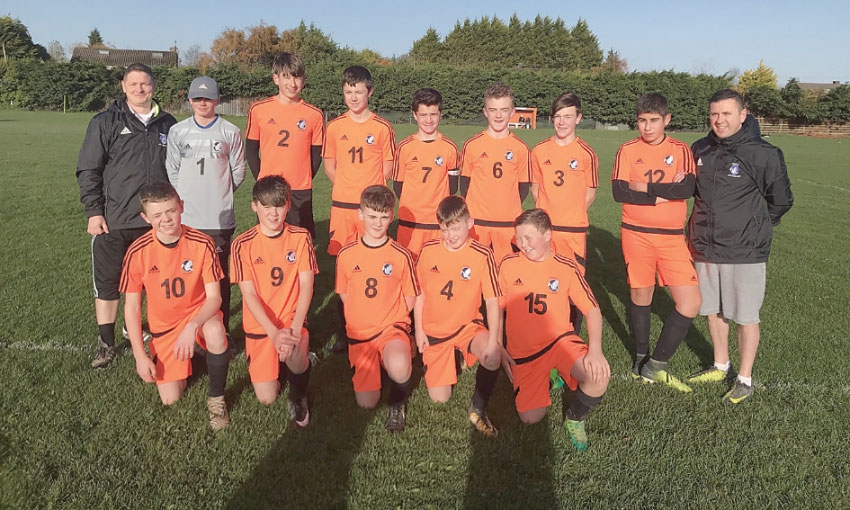 TALLAGHT Town were celebrating on Sunday when they saw off Lucan United in the U13s 11-aside DDSL Division Four play-off.

Going into this match level on points after 24 games, it was winner take all in this encounter with the Tallaght boys running out 2-0 winners.

The game was very tight game with both teams playing good football in the first half.

Scores were hard to come by and at the interval it was scoreless.

Second half Lucan United came out srong but the Tallaght Town defense held firm to keep them at bay.

Then Tallaght started to get on the ball and started pass the ball around more confidentially and created some space.

Finally the deadlock was broken when Tallaght Town went 1-0 up.

With the ball dropping for Jonathan Kenna who shot at goal his initial effort was blocked out and with his second attempt he found the target.

Lucan United pushed on and looked for the equaliser but again Tallaght Town defence held out and stayed strong.

Lucan were awarded a free kick near the sideline which was delivered into the box which was then claimed by goalkeeper Scott McKeown.

The net-minder ran quickly to the edge of the box and launched an counter attack with a great kick out which fell to Ryan Deans who ran into the space and beat the defender in the box and passed the ball to Jonathan Kenna who score his second and Tallaght Town’s second goal 2-0.

Lucan United battled hard but the Tallaght side held out for a well-deserved victory.

The team is managed by Tony Dunne and Lar Kelly.