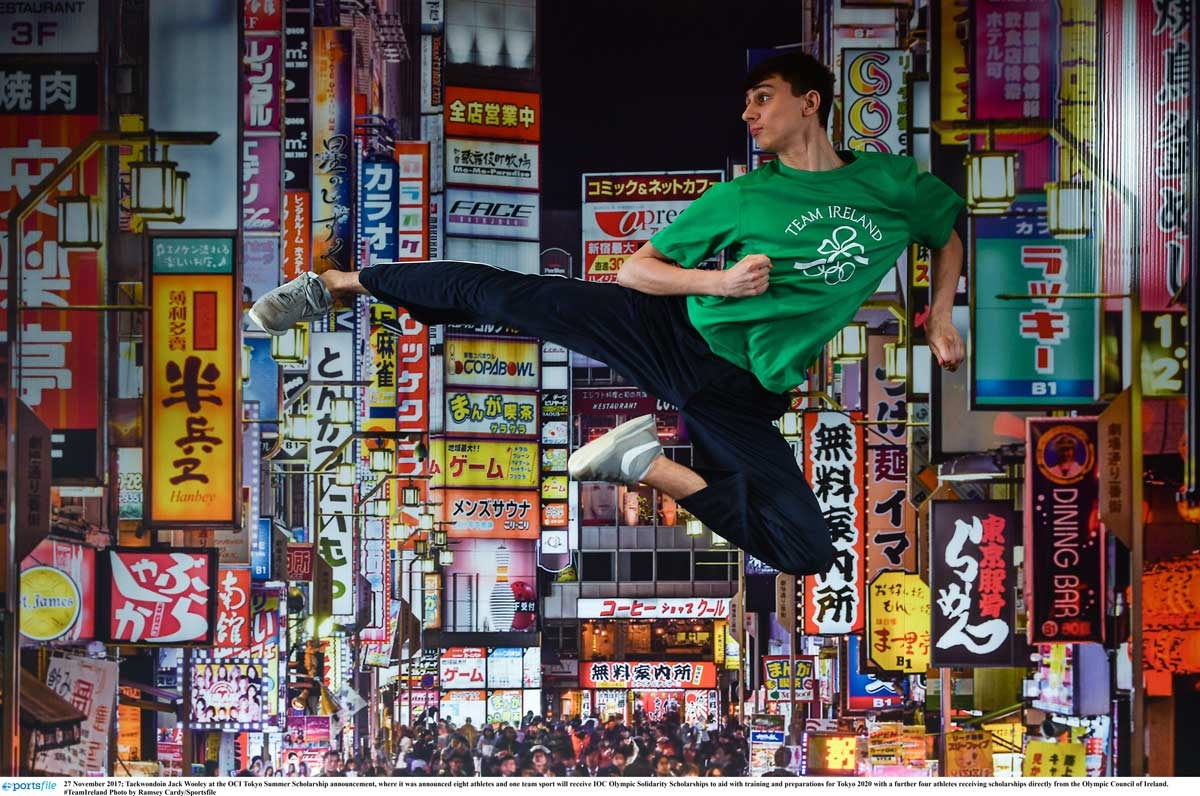 Tallaght taekwondo star Jack Woolley is one step closer to living the Olympic dream in Tokyo after receiving a scholarship for his training.

The 19-year-old from Tallaght is one of 12 scholarship recipients who will receive funding from the International Olympic Committee (IOC) and the Olympic Council of Ireland.

Woolley competes full-time in taekwondo, and relies on his parents and part-time coaching job to help fund his training and travelling.

This, together with strong support from the Irish Taekwondo Union (ITU) and his club South Dublin Taekwondo, has helped see the Tallaght competitor enjoy huge success on the international front over recent years.

Delighted with news of the scholarship, Woolley’s mother Annette spoke to The Echo about what the scholarship means to the family. She said: “From my point of view, it definitely takes the pressure off, but the recognition is very important.

A recent winner of the Philip Preston Sports Award at the Tallaght Person of the Year Awards, Woolley is currently in the Ivory Coast where he is attending the Grand Prix Final to which the World’s top 16 athletes are invited at the end of the year.

He will kick off his campaign on Saturday in the hope of achieving maximum ranking points towards Olympic qualification.

Following that, he will turn attention to the European Championship Olympic weight categories in Sofia, Bulgaria next week.

There both he and his South Dublin TKD clubmate Shauna Bannon will be representing Ireland.