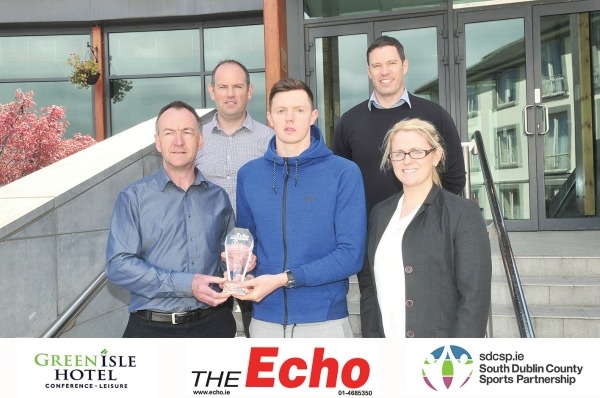 The month of March proved a very productive one for Tallaght Swim Club star Brendan Hyland.

Indeed he made his presence felt at the Dave McCullagh Memorial/Swim Ulster International Meet in Bangor, scooping two gold and one bronze while also setting a new national record in the 100m Butterfly.

Indeed his time of 53.59 marked the very first time that an Irish swimmer had dipped below the 54-second barrier.

Certainly his 100m performance in the McCullagh Meet was a significant improvement on his own Irish senior record of 54.21 in this event and was good enough to see him top the podium ahead of Conor Brines of Larne and Ards man Curtis Coulter.

Hyland started off the weekend with victory in the Men’s 200m Butterfly and he followed that up with a bronze medal win in the 200m Freestyle final.

More success came his way the following week in the Scottish International meet in Edinburgh.
Indeed he posted a time of 1:59.2 on his way to second in the 200m Butterfly.

Now taking part in this week’s Nationals, Hyland will also be gearing up for the forthcoming European Championships in London.

It was a dream start for the Firhouse Road side that effectively won them this match as they established a 2-3 to 0-3 lead with just 15 minutes gone.

Indeed the impressive Colm Basquel netted a goal in the second minute before Andrew Kerins did likewise from the penalty spot after Aran Waters was fouled.

Delighted with his side’s performance, Ballyboden St Enda’s manager Andy McEntee said “It’s rare when everything goes right on a day, but we were just delighted we did not freeze on the big stage.

“We put in a big performance and that’s what we did. It was very encouraging that we pushed on in the second half.”

After having chalked up two wins from their opening three Senior League matches, the Firhouse Road side will now ignite their title defence when they take on Noamh Olaf in the Dublin Championship this weekend.

NEWER POSTTallaght and Clondalkin are showcased in festival of rugby
OLDER POSTPlants, seeds and gardening tools – and a really nice cup of coffee also!