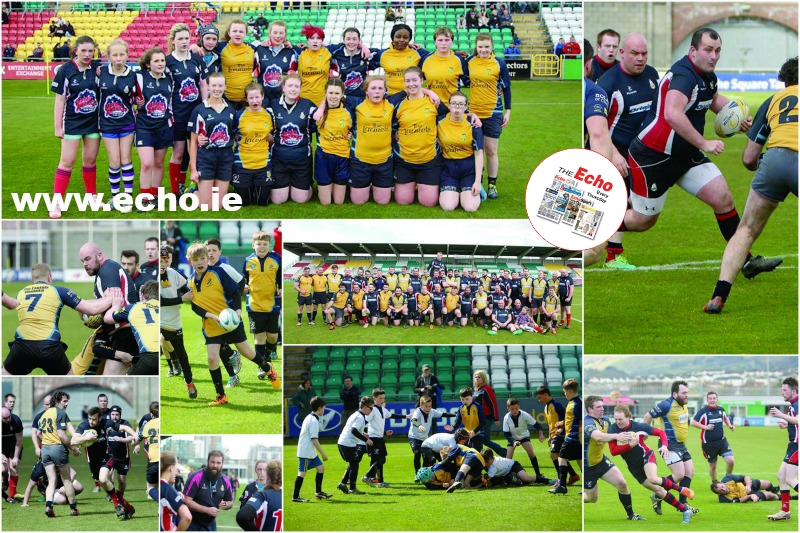 Tallaght and Clondalkin are showcased in festival of rugby

TALLAGHT Stadium played host to the cream of local rugby talent on Saturday last when Clondalkin RFC took on their Tallaght RFC counterparts from Under 10 right up to Senior Mens Rugby.

The event was organised be Lenster Rugby to showcase the clubs involved and to promote the fastest growing sport in South West Dublin.

This was the final weekend of the mini-rugby season which will recommence once again in September.
At junior level the two clubs met for Under 10 and Under 12 game.

Clondalkin has made steady progress over the last five seasons at underage level, catering for both boys and girls from Under 7s up.

The Clondalkin Under 15s played a combined Tallaght/St Marys team who have a strong squad that plays regularly in the Leinster League.

The highlight of the day was a Senior Mens challenge match between a Clondalkin XV and Tallaght which saw the former edge a 29-26 win.

Clon’ were first out of the blocks and set the pace with a scintillating display of running rugby. By half time they had racked up a 26-0 lead courtesy of try scorers Paul McGreanor and Stephen McKenna.

The story of the second half was completely different with the Clondalkin outift taking their foot off the pedal leaving the door open for Tallaght to capitalise which they did with an excellent try from Stephen Heaney that was converted by Morgan Farrell.

Karl Seagrave then intercepted a pass and sprinted the length of the pitch to score, but this time Farrell missed the conversion.

The Tallaght men closed the gap even more when top-scoring full back Simon Collie took advantage of a loose pass from Heaney to break over the whitewash.

His second of the day saw him beat several defenders before going in under the posts. Both tries were seamlessly converted by Farrell and just like that the game was level at 26-all.

It took a Clondalkin penalty kick from Rae Connor to push them back out into a three-point advantage which they held until the final whistle.