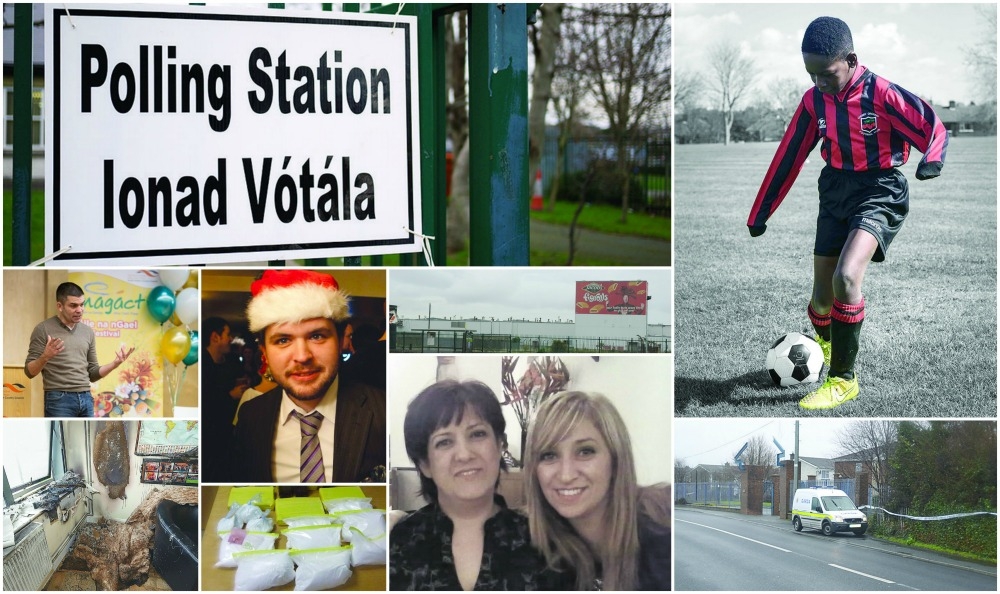 THE MONTH was bookmarked by the 2016 General Election. The election was called on February 3 with Friday, February 26 as the polling date.

Of course our wily politicians had been canvassing for many months before that. The sight of election-like posters for information meetings on various topics with local candidates had been a regular sight in the months running up to the election.

It was all to play for but Fine Gael seemed to misjudge the mood of the electorate with their slogan “lets keep the recovery going”. Many made the point that they hadn’t seen it.

On the planning front, Amazon’s development of the former Jacobs factory on Belgard Road moved up a notch after the online giant lodged a planning application to begin major works onsite.

Plans lodged with South Dublin County Council by ADSIL (Amazon Data Services Ireland Limited), include proposals for the “partial demolition of the main factory building” and demolition of existing extensions and out-buildings” comprising a total floor area of 5,480 sqm.

Also in Tallaght, a lone arsonist set fire to St Mark’s SNS in Springfield, causing collateral smoke damage to all 28 classrooms and nine administration rooms. More than 500 students were affected as the school was closed for a week.

During the month, Gardai discovered 13 kilos of cocaine in a house in Tallaght. The cocaine was worth €930,000. A Man was later arrested.

A SILENT vigil in memory of Caoilte O Broin, from Lucan, and to highlight problems in the mental health service was held during the month outside government buildings.

The Anyone’s Brother vigil was attended by hundreds of people, with attendees wearing smiling masks that were distributed to the crowd for a minute’s silence that was held during the vigil.

Caoilte’s body was tragically recovered from the River Liffey on January 2 following years of mental health problems and a public call for help from his sister through Joe.ie.

February 23 marked the fifth anniversary of the disappearance of Clondalkin woman Esra Uryun.

Esra (38), originally from England, and of Turkish descent, was living in Collinstown with her husband Osgar and son Emin.

She left her home at 7.20am that morning and her car was found in Bray later that evening.