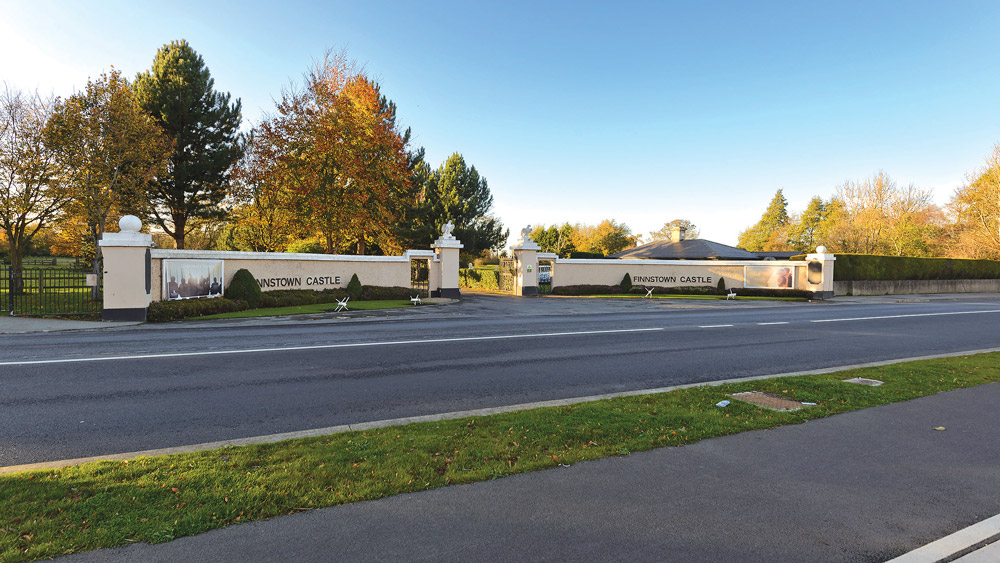 Finnstown House is to cease trading on December 6

FINNSTOWN Castle Hotel in Lucan is to change hands in the coming weeks, but the future of the site is unclear at this stage.

Weddings and functions scheduled for the hotel in December and the New Year have been cancelled, leaving customers scrambling to find alternative arrangements and retrieve deposits at short notice.

Owner and Director of the hotel Samuel Mansfield, is son of millionaire developer the late Jim Mansfield Sr.

However, The Echo have been unable to confirm this, as of going to print on Wednesday morning.

A spokesperson for the Department of Children told The Echo: “The Department does not hold a contract for accommodation with Finnstown Castle House.”

A Department of Justice spokesperson told The Echo that since 2020, accommodation of refugees in Ireland is the responsibility of the Department of Children.

The Echo contacted Finnstown Castle Hotel. A receptionist was unable to comment, but passed the query onto management, however there was no reply.

A statement on their website on Tuesday night read: “Finnstown Castle Hotel will cease to operate from December 6. Our thanks, appreciation and thoughts with our longstanding and dedicated team, whose employment will continue with the new operators. To our customers and suppliers, we thank you for your loyal support and patronage.”

The Echo understands on Monday, there was a meeting with staff and a solicitor at the hotel.

People who were due to have their weddings at the hotel were informed by email of the cancellations this week.

Enda McGuinness, who was due to get married at the Lucan hotel in March, posted a message on Facebook that Finnstown have cancelled “all of their wedding booked” from December 6 on.

“Myself and my partner received an email out of the blue yesterday to say that they wouldn’t be able to host our wedding in March due to a change of ownership,” said Enda.

“Never mind the fact that we had everything booked, contracts signed and thousands paid out in deposits to the hotel, band, photographer etc.

“The owners themselves didn’t have the decency to contact us directly and I’m assuming similar with other couples who were booked in.”

Enda continued: “They simply sent an email to Finnstown staff informing them they would be ceasing trading. The general manager then had to do the hard job of contacting us himself and in fairness was beyond apologetic about it.

“I’m just completely disgusted that between the current and new owners, who must have known for months about this handover and how it was going to affect weddings, they’ve given as little as three weeks notice on wedding cancellations. A heads up months ago surely would have been the least they could do. Now ourselves and no doubt many couples are left scrambling to find a venue and pick up the pieces.”