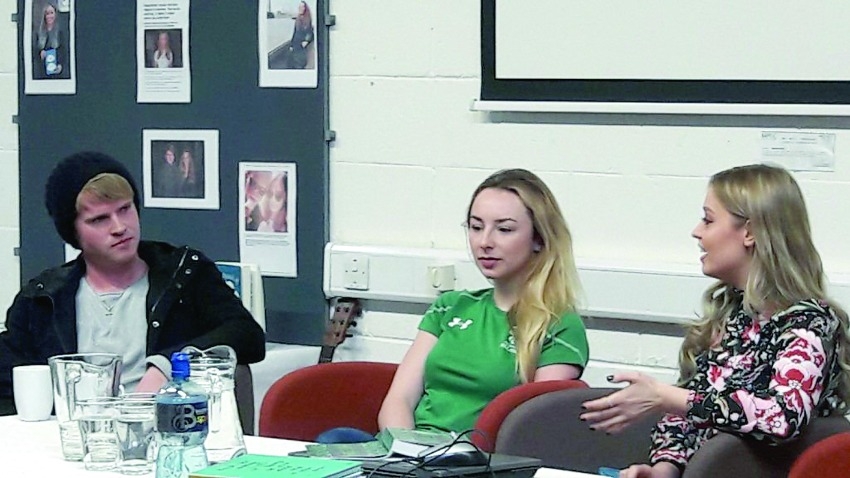 The Pursuit of Happiness at Dublin Book Festival

SCHOOL children met author and journalist Diana Bunici at Ballyfermot Library, as part of the festivities for the 10th annual Dublin Book Festival.

Students from St Louise de Marillac Primary School in Ballyfermot were invited to the event, which was organised by Ballyfermot Library on November 11.

Ms Tempany’s 6th class were excited to meet Irish/Moldovan author Diana Bunici, who published her debut novel, The Pursuit of Happiness, in March.

“The girls were completely starstruck, as Diana brought a host of celebrities with her to interview including Steve Garrigan, lead singer with Kodaline,” said St Louise’s teacher Alma Quinn.

“Diana encouraged the girls to follow their dreams and reach for the stars. The girls were all inspired by the stories they heard, and chuffed as they each received a signed copy of the book.”

The festival celebrates Ireland’s writers and publishers, with free events during November 10-13.

Head Librarian at Ballyfermot, Una Gomez, said the event was embellished by the visit of a group of French students, and paralympian Ellen Keane.

Ms Gomez said: “Kristie Segond, a teacher at the Henry Brunet Middleschool in Normandy, contacted Ballyfermot Library to ask to be allowed to bring a group of twelve students over from France to join in the event.

“She was very interested in the festival and saw it as an opportunity to promote reading among her young students.

“We were delighted to host the French group of students at Ballyfermot Library and students from St Louise’s were very happy to meet them.”