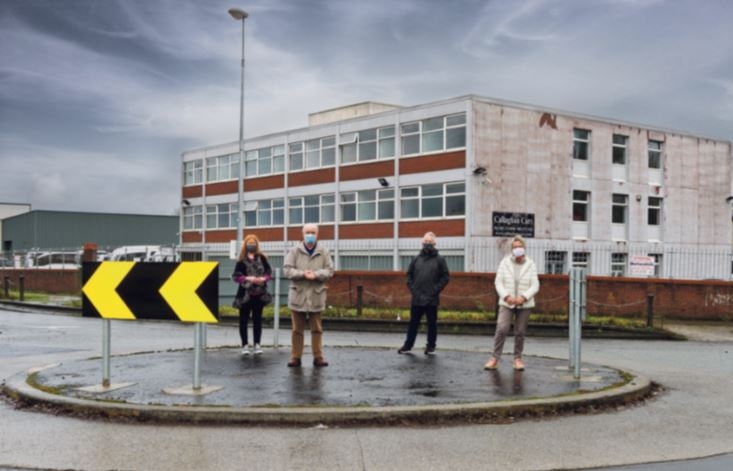 There is no ‘level playing field’ between residents and developers

THE Belgard Heights Residents’ Association said that there is not “a level playing field” between residents and developers, in relation to the extensive residential developments that are to be built in Cookstown.

Developer Pyrmont Properties received planning permission for a 196-unit residential development at Units 5A-C on Second Avenue in Cookstown Industrial Estate last year, and in a separate application in February 2018 permission was granted to them for 107 apartments, also on Second Avenue.

Plans for the demolition of existing industrial buildings at the Glen Abbey Complex in Cookstown Industrial Estate, to make way for the development of 211 apartments, are currently under consideration by An Bord Pleanála.

A pre-planning consultation was held last year for the proposed development of 1,156 apartments at a site at lands to the west of Old Belgard Road and to the north, south and west of Cookstown Road in Cookstown Industrial Estate.

For residents in the adjoining Belgard area, these developments are a cause for concern – with the prevalence of one-bed and studio units in these developments, and their view that they can’t effectively object to the plans, being their particular points of contention.

Peter Forde, chairman of the Belgard Heights Residents’ Association, told The Echo: “We feel like we don’t get a chance to have our say when plans are lodged through the fast-track SHD system – there’s only a five-week window for us to lodge an objection.

“And we’re at a complete disadvantage. Private developers deal in tens of thousands of millions, they’re not scarce of resources – they can hire the best solicitors and planners.

“As a residents’ association, our resources are very limited, so it’s not a level playing field by any means.”

Observations on SHDs are accepted by An Bord Pleanála, at a cost of €20, within five weeks of the board receiving the planning application in question, and they state on their website that “the law does not allow us to accept a late observation for any reason”.

In relation to the nature of the developments in Cookstown, Mr Forde said the high number of one-bed and studio apartments in the aforementioned developments are also concerning.

“Our take is that there is an overdevelopment of studios, one-bed and two-bed apartments,” he explained.

“One of the main things is this is cutting back on the provision of three-bed apartments, and we’re not convinced that there’s demand for one-bed apartments to the extent that the developers do.

“Provision for families is not being made, and they’re being squeezed out by single-person and two-person occupancy.

“One-bed tenancies tend to have a quick turnover, so you’ve no continuity or stability – so there’s no basis for establishing a community. It’s just constant movement and constant turnover.

“Making a profit is fine, but if it’s done at the expense of the community, then the only people who can defend the community’s interest are the planning authorities.”

An Bord Pleanála has previously refused planning permission for developments in Cookstown, including the construction of 150 build-to-rent units, in five- to six-storey blocks, and 222 shared-living bedrooms on First Avenue, and a 245-unit development on Fourth Avenue.