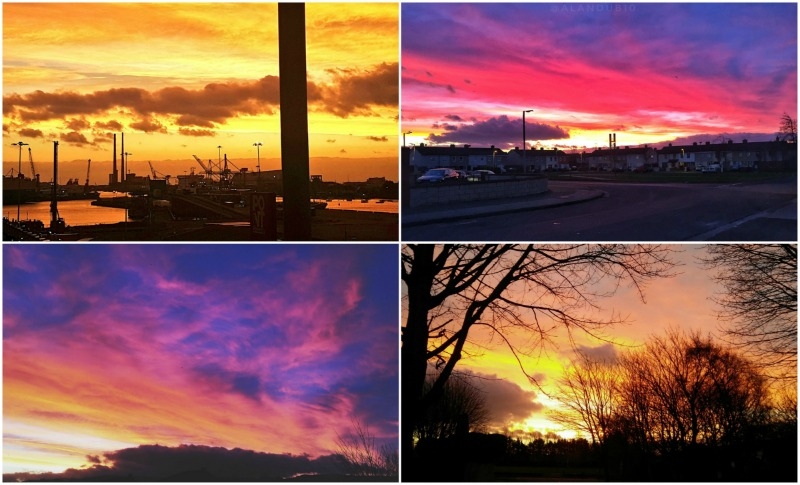 This morning’s sunrise was something very special

We love a good sunrise picture here at Echo.ie, but this morning’s skyline was something very special, and many shared their pictures online.

We’ve put together some of the best, and what a beautiful scene it set for the day ahead.

If you have a favourite from this morning that we have not included then why not send it our way on Facebook or Twitter.

Make sure to tell us where the picture was taken.

Sunrise on the Grand Canal in Dublin, I love the pink reflection on the water #sunrise #nofilter pic.twitter.com/Sfjc3Yv9Td

Good morning from a very pretty Dublin. Have a great day #sunrise pic.twitter.com/HynWCqK3Le

Nice view of sunrise from my office in Dublin this morning. Good sign for today. pic.twitter.com/Jmc9zIQtoa

Did you manage to catch this stunning sunrise this morning? pic.twitter.com/sNwfqaOrN5

What a sky this morning! Even the teenager noticed, and he doesn’t tend to notice these things! #dublin #nofilter pic.twitter.com/M1mkHlNDqf

Ah here lads can we talk about the sky this morning #dublin #sunrise https://t.co/rk3sb0YmeC pic.twitter.com/4WyGMAhyOP